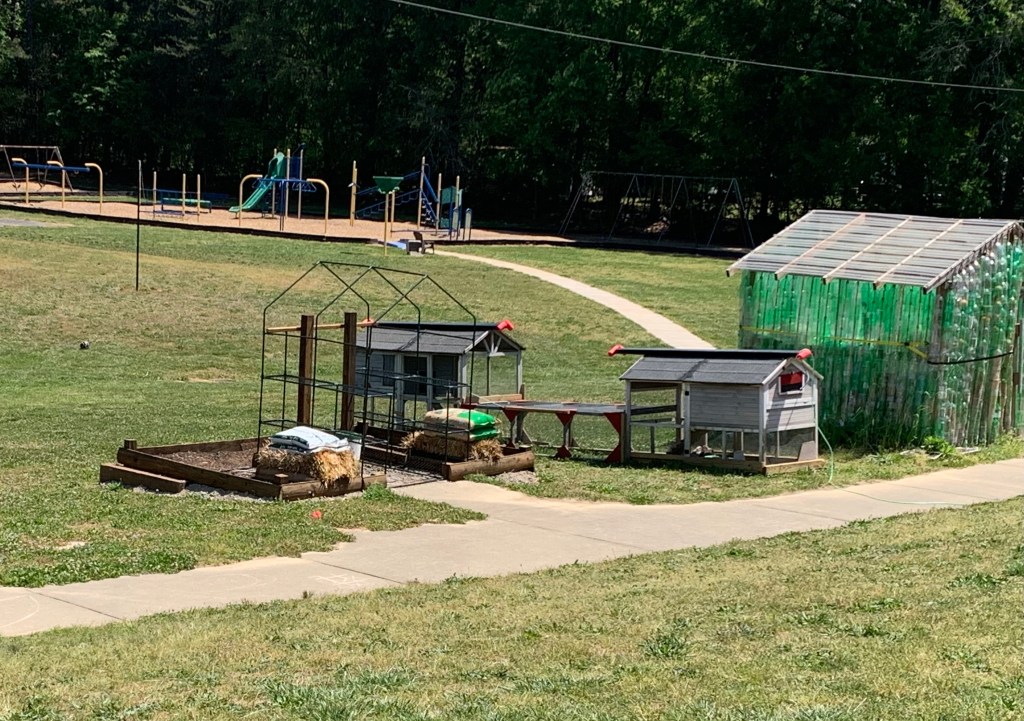 Since Oakboro Choice STEM School first opened its doors in 2017, the staff and students have worked at achieving a key goal: being recognized as a NC STEM School of Distinction.

Developed to identify and recognize exemplary STEM schools and programs, only roughly 10 percent of STEM schools in the state have achieved the honor.

Oakboro has applied for it each year and while the school never quite hit the mark, it always gained experience.

“The first year we applied as a way to get feedback and see if we were going in the right direction and then we’ve applied each time and gotten great feedback,”Principal Kelly Dombrowski said.

But after applying again in February, the school learned just before spring break that it would become a STEM School of Distinction for the 2021-2022 school year. It will become official in September. The school will specifically be a Prepared School of Distinction, one step away from the highest honor, Model, which is Oakboro’s next goal.

The distinction lasts for five years, before schools have to reapply.

“I am really proud of what they’ve done,” said Superintendent Dr. Jarrod Dennis, who announced the honor during a joint meeting with the school board and county commissioners. “When you walk into that school, you know it’s a STEM school and you can’t say that for all STEM schools.”

Aside from being the first school in Stanly County to achieve the distinction, Oakboro joins a short list of only four other schools in the area, all in Cabarrus County, who are Schools of Distinction, according to the N.C. Department of Instruction’s list of recognized schools.

While it takes most STEM schools on average around four to five years to earn the distinction, Dombrowski said, Oakboro earned it in only about three and a half years.

“It feels wonderful to have achieved that,” Dombrowski said. “It feels really good to know we have grown every year and that from Day 1 this has been a focus.”

Dombrowski credits the collaborative effort of everyone at the school in achieving the state recognition.

“Our STEM coach, Jennifer Crawford, did a fantastic job guiding us in the evidence collection process and sharing the narrative that outlines our STEM focus each day and our curriculum coach, Debbie Rowles, has been instrumental in blending our NC course of study with the problem based learning of STEM,” she said.

Schools that receive the honor undergo an application process which includes meeting five principles that are part of the STEM School Progress Rubric: Student Opportunities, Classroom Environment, School Structures, School Culture and Community Connections. The application is sent to a review board of educators from across the state.

Over the past two years, Oakboro has received more than $40,000 in grants and is the only school in the district that has educators certified through National Geographic.

STEM students at Oakboro are focused on three main pillars of education: agricultural program, where students work with local groups like 4-H to maintain their community garden and chicken coop; a coding program, which lends itself to robotics (students regularly build and test out their own robots) and cybersecurity for middle school students; and virtual reality and augmented reality (the school purchased a Virtual Reality System, referred to as the HTC Vive, a few years ago).