PEEKING INTO THE PAST – Prince Furr and His Nehi Orchestra 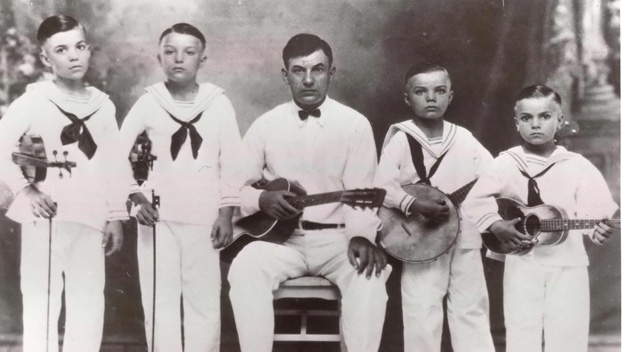 Prince Furr and His Nehi Orchestra.

Prince Furr, a machinist in the local mills in Albemarle, taught his son Belvin to play the fiddle in 1921. The next year his son Marvin began to play the mandolin (later switching to the fiddle). His son Thad began the tenor banjo in 1923 and in 1924 Rayvon took up the mandolin.

The family traveled to perform at fiddlers’ conventions, rallies, parties and dances.

In 1925, Prince was working at the local Nehi bottling plant. A visit by the district manager led to the band taking a trip to Kansas City to perform in the Nehi booth at a national convention of soft drink
manufacturers. Over the next few years, they continued to travel for the company.

The association with Nehi ended in 1929. The band became a more modern dance band, added new members, and became known as Prince Furr and his Orchestra. In 1933, the family band ended.