The scholarship, which totals $10,000, is awarded to at least one senior at each school district in the state, provided they attend one of the 16 schools of the University of North Carolina System.

Laney, 18, first heard about the scholarship through one of his guidance counselors and he wrote several essays as part of the application process. Both he and his parents are SECU members, which is a requirement of the scholarship.

After missing out on a few other scholarships he had applied for, he said he was “pretty surprised” when he discovered a few weeks ago that he was the SECU scholarship recipient.

“That was one thing I was told a lot was to just keep applying,” he said. 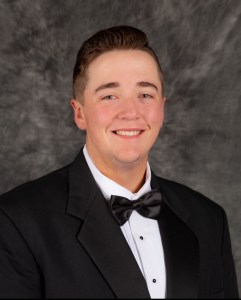 He will attend NC State University’s College of Engineering, where he plans to pursue a degree in civil engineering.

Laney played baseball and football all four years at North Stanly and was involved with both Fellowship of Christian Athletes and National Honor Society.

Laney completed his high school classes in December and since then has been taking classes through Stanly Community College.

“I’m ready to go ahead and graduate so I can start working on my next chapter at NC State,” Laney said.