With the original in-person ceremony having been postponed twice due to Covid-related crowd size restriction, the Stanly County Sports Hall of Fame Committee announces an online event to introduce the hall’s three 2021 inductees.

The virtual event, scheduled for 7 p.m. May 24, will be conducted via Zoom, and will allow the public to meet the hall’s three newest members: Brandon Beane, Craig Cordes and Charles Kirk, Sr.

Beane, a native of Norwood and graduate of South Stanly High and UNC-Wilmington, started his career with the Carolina Panthers, and currently serves as General Manager of the Buffalo Bills.

Cordes, a graduate of Albemarle High School and Pfeiffer College, set numerous basketball records at Pfeiffer, where he played both basketball and baseball.

Kirk, a standout athlete at Kingville High School and Livingstone College, currently resides in Maryland where he is retired following a career as an educator.

“With the pandemic having forced us to cancel twice, we are fortunate to have technology available to us that will enable everyone to meet our new class of inductees before their ‘official’ in-person induction in spring 2022,” said Hall of Fame Committee Chairman Toby Thorpe. “We invite everyone to join us and meet our newest members.”

The event will be open to the public and will be accessible free of charge thanks to the support of Stanly Community College. Those wishing to access the online event should contact Toby Thorpe at 980-621-8980 or eproht112956@yahoo.com.

Brandon Beane was named General Manager of the Buffalo Bills on May 9, 2017. He joined the Bills after a 19-year stint with the Carolina Panthers — including two seasons as the team’s assistant general manager (2015-16). 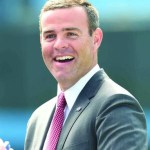 Beane, who became the 13th general manager in franchise history, helped the Bills gain their first playoff berth since 1999.

Brandon and his wife, Hayley, have two sons, Tyson and Wes, and reside in Orchard Park, New York. The family has two dogs, Bodie and Peanut. He enjoys golf, running, racquetball and basketball.

Following an outstanding basketball career at Albemarle High School under Stanly Sports Hall of Fame coach Dave Holcomb, Craig Cordes was a three-sport athlete at Pfeiffer College, where he earned conference and district player of the year honors in basketball, in addition to being named as an NAIA All-American as a senior. 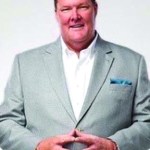 At Albemarle High, Cordes averaged 22 points and 13 rebounds per game during his senior year, and was named player of the year in the South Piedmont Conference as well as earning a nomination to the McDonalds High School All-American team.

Craig and his wife, Tammy live in Raleigh and have a daughter, Taylor. 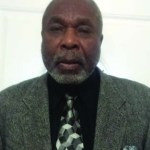 During his second year at Livingstone, Kirk left to join the U.S. Army for two years. Stationed in Germany, he became a member of the Seventh Army football, basketball and softball teams, and was selected as a member of the “All European” football and basketball squads in addition to being honored as the most valuable Army player in Europe in 1956. He was honorably discharged in 1956 and returned to Livingstone to continue his education.

While at Livingstone, Kirk received numerous awards in athletics. He earned First Team All-EIAC Basketball Player of the Year in 1956-1957 and was awarded the Sidney Green Memorial Award as Livingstone’s most outstanding athlete.

During 1957-58, Kirk was co-captain of the football and basketball teams. He graduated with a B.S. Degree in Biology in 1960.