Abby Furr was a senior at Stanly Early College High School who graduated Monday from the four-year program with an Associates in Science transferable degree and a Certificate in Business Administration. 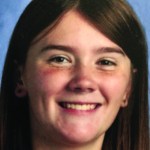 She will attend Appalachian State this fall to major in Nutrition and Foods, concentrating specifically on Dietetics, pursuing a career as a registered dietitian.

Outside of school, she balances a part-time job with many extracurriculars.

Furr has been taking dance classes at Melissa Kathleen’s School of Dance for the past 14 years. She is also a member of the youth group at the Pleasant Grove Baptist Church and writes articles periodically for The Stanly News & Press.

Furr said that the early college experience has immeasurably helped her in terms of learning how to make community connections.

She said that before COVID-19 restricted the amount of social contact between people, the community service requirements Stanly Early College called for its students to complete pushed her to step out of her comfort zone and contact organizations she never would have reached out to in other circumstances. 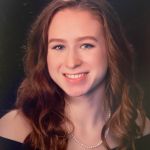 Furr said the classes she had to take for her degree exposed her to different class settings and instructors she never would have had the opportunity to experience if she was in a traditional high school setting.

The early college program equipped her with important skills that will help her in life, she said. Skills, such as learning to manage her time and responsibilities simultaneously in order to accommodate the heavy workload given by the program.

Furr said her presentation skills were honed during her time at Stanly Early College by the presentation assignments required on the high school and college level.

She also said that the numerous group projects she was a part of taught her how to work effectively in a group setting and which roles fitted her when it comes to playing her part in completing the project.

“The early college was an amazing program that I would definitely do all over again if given the chance,” she said. “One of the best things about it is how personalized and assisted each individual’s experiences are. Never once in my time spent at SEC did I ever feel overwhelmed on what step to take next because the staff and teachers were always there to help me along the way.”

Ashlee Miller is the new student correspondent for the Early College.