The scholarship, which totals $10,000, is awarded to at least one senior at each school district in the state, provided they attend one of the 16 schools of the University of North Carolina System. (West student Morgan Edwards also received the scholarship.)

Barbee said her parents are SECU members, which is a requirement of the scholarship. 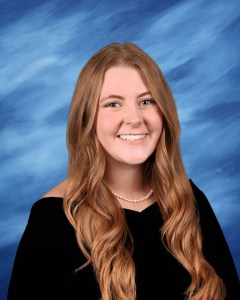 Barbee, 18, applied for the scholarship in March and discovered she had won after her mom texted her with the news while she was at work.

She received a few other smaller scholarships but said SECU has been her biggest award.

One thing that likely made the Oakboro resident’s application stand out was her community service work. Last summer, she and her brother J.T. created a fundraiser, Caring from the Court, to help support elementary schools in the area. They created an Amazon list of needed supplies and received around $4,500 to purchase books, crayons and coloring books to distribute to the schools.

She will attend N.C. State University next year though she’s not yet sure what she wants to major in. She’s thought about pursuing a degree in either sports management or business.

Barbee played volleyball, basketball, soccer and track and field while at West Stanly and was involved with National Honor Society, National Beta Club and the school spirit club Green Girls.

Both on the field and in the classroom, Barbee, who also is a honor roll student, likes to help people and strives to “make everyone feel appreciated.”

With all that’s gone on over the past year with the pandemic, Barbee is looking forward to having an in-person graduation, which will take place on the football field at the end of the month.