PEEKING INTO THE PAST – Austin Knitting Mills 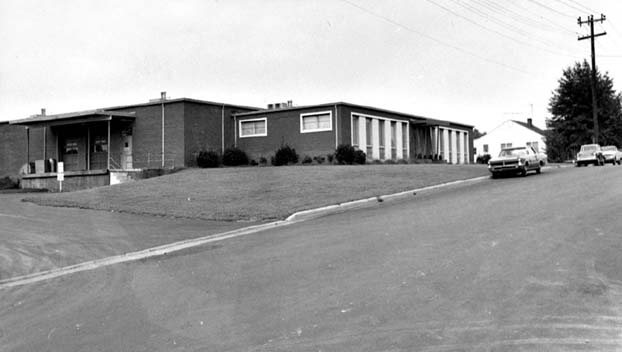 Austin Hosiery Mills, on Montgomery Avenue in Albemarle, was incorporated in August 1946 and began operations the following year.

In early 1956 during an expansion, the company, now known as Austin Knitting Mills, sold the hosiery machinery and began to manufacture women’s sweaters. They also opened a sales office in New York and began shipping their products around the country.

In 1961, the company expanded again and brought its sweater manufacturing and shipping to one location.

A third expansion happened in late 1965 when the company added more manufacturing and office space.

According to local deed records, the company was sold in 1968 and became Warren Mills.

According to several newspaper accounts this business was shut down in February 1970.

Additional history about this building will be shared in a future Peeking into the Past.