The scholarship, which totals $10,000, is awarded to at least one senior at each school district in the state, provided they attend one of the 16 schools of the University of North Carolina System. (West student Adelie Barbee also received the scholarship.) 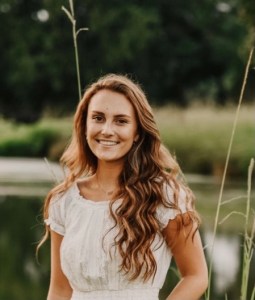 Edwards, who lives in Oakboro, said she and her parents are SECU members, which is a requirement of the scholarship.

She found out she won the scholarship a few weeks ago after her mom sent her a screenshot of West Stanly posting the award recipients.

“Whenever I found out, I was kind of in shock, because I knew I had a chance of winning it but didn’t think I would,” Edwards said.

She also received a $20,000 merit scholarship from UNC Wilmington, where she will attend in the fall. She plans to major in finance.

Edwards, 17, played varsity tennis and softball all four years. As a shortstop with the softball team, she helped the squad win back-to-back 2A state championship in 2019 and 2021. (The pandemic canceled the 2020 season).

With all of the uncertainty over the past year with the pandemic, Edwards is looking forward to having an in-person graduation, which will take place on the football field this Friday.

“It’s very exciting because I really didn’t think that we would be able to have one (in-person ceremony),” she said. “So to be able to get the in-person graduation…and have family there, that’s really cool.”