Over the past year, the coronavirus pandemic has exacerbated a key issue that Stanly County for years has struggled to address: The lack of reliable broadband around many parts of the county.

With so many students having to work remotely, many parents, without reliable internet access in their homes, were forced to drive their children to areas with functioning WiFi, like the parking lots of certain businesses or local libraries.

Elliot Brooks, lead administrator of media and instructional technology for Stanly County Schools, said last year that based on the population that was able to complete remote work last spring, around 30 percent of students likely did not have consistent internet access.

“If there was anything that has come out of the pandemic, it just made all of us aware of how underserved or unserved we are here in Stanly County when it comes to broadband,” said Gerald Poplin, founder of  Uwharrie Technology, who earlier this year was re-appointed by Speaker of the House Tim Moore to the NC Information Technology Strategy Board. 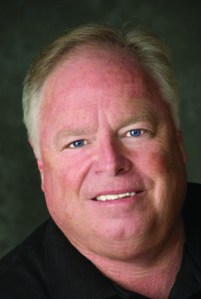 Knowing that families have had to struggle to get access to a commodity that people in more urban areas likely take for granted “breaks your heart,” Poplin said.

“It wasn’t just an isolated family here or there,” he said about the lack of access, “it was pretty much systemic.”

Whether it’s for school or business, in today’s interconnected world, having reliable internet is more important than ever.

And it’s not just pockets of Stanly County struggling with access to high-speed internet. According to the state’s Department of Information Technology, at least 1.1 million households across North Carolina either lack high-speed internet access, can’t afford it or don’t have the skills necessary in a digital economy.

“Internet connectivity is not a luxury,” Poplin said, “it is as important a component of economic development as roads or sewer or water or electricity.”

Though it is still preliminary, the task force, which meets several times a month, has been in talks with internet service providers and has looked into finding ways to help bridge the digital divide.

“I think the main theme is just trying to understand how to best utilize what we have here in terms of assets, how to leverage our strengths, where are the gaps and who do we need to have conservations with around the state,” Lucas said.

While most of the larger municipalities like Albemarle and Locust tend to have reliable internet, in further remote areas, people are struggling, Lucas said. He said that incumbent providers “have no interest in serving those areas because they are not densely populated and can’t make any money.”

In order to better understand the gaps in high-speed internet service that exist, the county is encouraging people to complete a short online survey about how satisfied they are with their internet access.

The survey, which will run through June and takes a few minutes to complete, will allow Broadband Catalysts to map out in greater detail the areas across the county with little to no reliable access. The county can then use the map to apply for funding with the state.

Poplin said out of the roughly 1,000 people that have already responded, about 72 percent are unhappy with their service, which reveals a need for more substantive and equitable broadband access.

“So if you are looking at locating an internet service company in Stanly County and you see that 72 percent of all the people that have internet are clearly dissatisfied, that lets you know you might want to come in because there’s a good chance you’ll make some money,” Poplin said.

Federal assistance is on the way

Stanly County is slated to receive around $12.2 million from the $1.9 trillion American Rescue Plan that President Joe Biden signed into law in March — half of which should arrive in the coming weeks. The money can be used for expanding broadband access. Each municipality is also expected to receive funds that can go to improving broadband.

The N.C. House is also considering House Bill 947, which would create the Completing Access to Broadband (CAB) Program using $400 million of the federal ARP aid for broadband expansion in local counties. Each county can receive up to $4 million a year, according to Rep. Wayne Sasser. The bill would set aside $750 million to help expand broadband across the state.

Counties must first identify unserved areas that can be eligible for program funding and then under the guidance of the Department of Information Technology, they can initiate a bid process to select a service provider for broadband infrastructure expansion into those unserved areas.

“I know how important this is to every county in North Carolina, but we’re going to be ahead of the curve and get the service done before anybody else,” said Sasser, who co-sponsored the bill and has been working with Poplin.

Sasser expects HB947, which was filed a few weeks ago, to get signed into law by Gov. Roy Cooper because it shares such bipartisan support.

“This is high priority stuff and it is palatable to both sides so I think it will be one of the first bills that gets taken care of,” Sasser said.