Deputy Superintendent Vicki Calvert has resigned her position at Stanly County Schools, according to a statement Monday from Superintendent Dr. Jarrod Dennis. 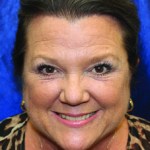 Her resignation was effective as of May 29.

“I do want to apologize to those in attendance Friday night at South Stanly High School’s graduation,” Dennis wrote. “High School graduation is a special event for our seniors, their families, and the school staff. Obviously, Friday night’s graduation did not live up to my expectations or those of Stanly County Schools.”

A Stanly News & Press reporter at South Stanly’s graduation observed that Calvert, who gave the commencement address on the football field, at times struggled with her speech. After the ceremony, she was seen receiving assistance from a few school officials as she left the field.

On Sunday, SCS released a statement that Calvert was on paid leave pending an investigation. The Board of Education met at 8:30 a.m. Monday for an emergency called meeting, which lasted about an hour. Almost all of the meeting was in closed session in accordance to NC General Statute 143- 318.11(a)(6)Personnel Matters.