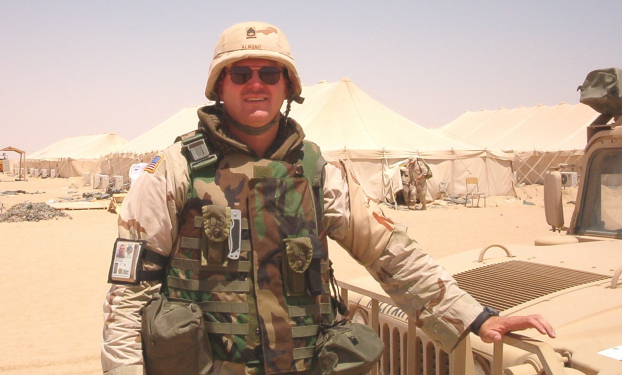 Bo Almond’s military career has taken him all over the world during his 12 years with the U.S. Army.

As a senior military police officer in the mid-1980s, Almond was stationed in Japan and Korea and later, from 2002 to 2004, he spent time in Iraq as part of Operation Enduring Freedom. In between, Almond spent several years as an Army drill sergeant at Fort Jackson in Columbia, South Carolina, where, among other things, he trained active duty officers heading to Saudi Arabia as part of the Gulf War. He was a non-commissioned officer for the 805th Military Police Company in Raleigh.

During his stint in Iraq, Almond was injured during a customs inspection. He was medevacked to Germany for reevaluation before medically retiring from the military. 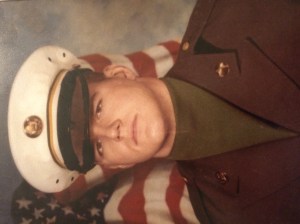 As a result of his wide array of military experience, Almond, 56, was chosen as the newest veteran services officer for the county following the retirement of Rod Barbee, who had served in the role for about a decade. His first day on the job was May 10.

Almond previously spent about five years as chief air operations technician with the Stanly County Airport. Before that, he was a plant manager for the Anson County-based plant nursery Gardenscape for about five years and a project manager with Stanly Fixtures Company for 11 years, according to his LinkedIn.

The Stanly County Veteran Services Office, according to its website, helps the more than 10,000 county veterans, their dependents and survivors, apply for a number of benefits and programs, including disability compensation and various educational programs. It also assists veterans in getting key medical help.

“I felt blessed,” Almond said about the new position. “This is a job that I had wanted and thought about and hoped to obtain ever since I retired from the military.”

“He served several tours overseas in Iraq and so he has that first-hand experience, specifically with a younger generation of veterans,” Lucas said, noting that due to his time on the frontlines, “he understands what it’s like to be away from home…and make that commitment and sacrifice.”

“When it all came down to it Bo, in my mind, was the best choice for the job,” Lucas added.

Almond lives in Norwood with his wife Amy. They have four sons: Chase, Davis, Eli and Asa.