Albemarle Police officers responded to a report of gunshots at 8:43 p.m. Tuesday.

Officers were dispatched to 1607 N.C. Highway 24-27 Bypass West in reference to someone hearing gunshots in the area. Officers were also advised of a victim that had been shot. The suspect was reported to have left the scene in a white Mercedes.

Officers attempted to stop the suspect vehicle, but the vehicle fled. Officers pursued the vehicle west outside the city limits of Albemarle. With the help of the Stanly County Sheriff’s Office and Locust Police Department, the vehicle was stopped.

Officers apprehended two suspects at the scene. Both suspects were transported back to Albemarle.

The victim was transported to Northeast Medical Center and is in stable condition. 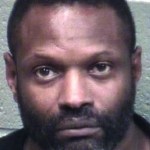 Detectives with the Albemarle Police Department were able to interview both suspects and charged Justin Flip, 43, of Charlotte, with assault with a deadly weapon with the intent to kill, attempted robbery with a dangerous weapon, discharging a weapon into occupied property, felony conspiracy, possession of firearm by felon and discharging a firearm inside the city limits.

Flip was transported to Stanly County Jail and received a $300,000 secured bond for his release. His first scheduled appearance in court is June 7 at 9 a.m. 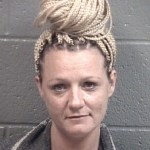 Detectives also charged Douglas R. Thomas, 59, of Norwood, with altering or destruction of evidence. Thomas was transported to Stanly County Jail and 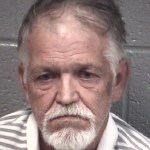 received a $1,500 secured bond for his release. His first scheduled court date is June 7 at 9 a.m.