PEEKING INTO THE PAST – Moose’s 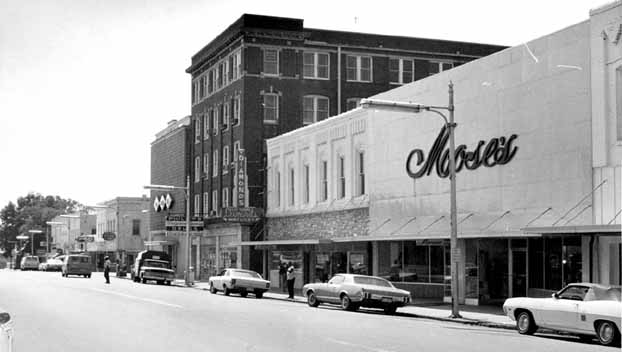 The next year he partnered with H.C. Lipe and opened a men’s clothing store known as M & L Tailoring.

In 1935 he bought out Lipe and went into business with Myron Drye when they opened M & D Haberdashery & Dry Cleaners.

Eventually, Drye took over the dry cleaning business when it was moved to East Main Street while Moose maintained control of the men’s store.

In 1946, the G.M. Dry store in the Milton Building (two doors down from Starnes) went out of business.

Gus and his brother purchased the business and in June 1947 merged it with their men’s store. They now carried a full line of both men’s and women’s clothing.

In 1962 the business was moved to North Second Street where they remained until closing for good in 1978.

The large Moose’s sign seen on the building in this final location can today be found in Mount Pleasant on the side of the building that houses Moose Drug Store.