Tarheel Challenge Academy employee arrested, charged with having sex with a juvenile

The Stanly County Sheriff’s Office has arrested an employee with the Tarheel Challenge Academy and charged him with allegedly having a sexual encounter with a juvenile.

Detectives with the Stanly County Sheriff’s Office Criminal Investigations Division received a report in reference to a sexual assault at Tarheel Challenge Academy involving a juvenile, according to a Sheriff’s Office press release.

After an investigation, law enforcement arrested Cody Lee Eudy, 28, on May 30 on charges of second degree forcible sexual offense and having sexual activity with a student. 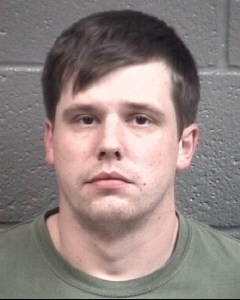 Cody Eudy was arrested on Sunday with two charges including have sexual activity with a juvenile.

An official with Tarheel Challenge Academy, which is based in New London, declined to comment, stating that it’s still an open investigation and “we are not at liberty to discuss anything.”