PEEKING INTO THE PAST – Second Presbyterian Church 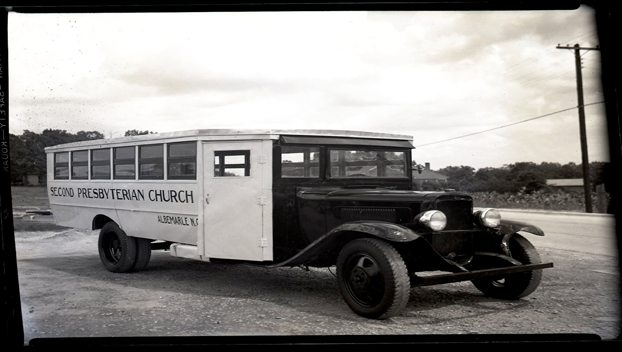 The Second Presbyterian Church of Albemarle was founded Sept. 22, 1940. For the first few years the members met in what was known as Napier’s Garage on the Concord Road.

After the start of World War II in December 1941, the church began to face problems with their members being unable to get to the church due to wartime restrictions on rubber and gasoline.

According to the July 22, 1942, Greensboro Record they solved that dilemma by purchasing the bus in today’s photo. The bus had originally been used by the local school system and later was used by the Works Progress Administration.

The church used the bus to pick up members from the various parts of the community each Sunday morning and evening. As far as the newspaper was aware at the time this was possibly the only church bus used in the entire state of North Carolina.