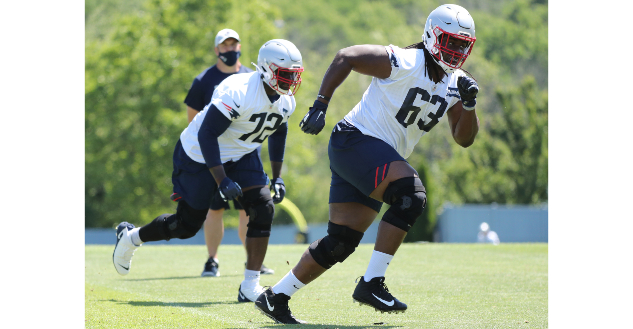 Like many professional football players, Albemarle’s R.J. Prince has been working hard to stay ready for the call.

Recently, he got that call from an organization with a history of dominating both the AFC East Division and the league in the past 20 years.

Prince signed Thursday with the New England Patriots and will join the team’s training camp July 22 after participating in the team’s recent mandatory minicamp.

The former Bulldog and North Carolina Tar Heel had been with Baltimore on the practice squad before his contract with the Ravens ran out.

Prince said the offseason has been weird, noting he had a workout planned with Miami but it fell through. Back in February, Prince worked out with the Patriots. He said the past six months “have been a whirlwind.”

The offseason, he added, gave him a glimpse into the business side of the NFL. However, Prince said he loves the work of staying in physical shape and being ready to play.

“Giving up has never once been in my mind,” Prince said.

In the minicamp, Prince said he impressed the coaches, which led to his being signed.

Prince also got the chance to speak with New England head coach Bill Belichick, who has coached the club since 2000 and won six Super Bowl titles for the Pats.

“When you think about the one constant football team that is always doing well, that has a pedigree, there’s only one team you can think of and it’s New England,” Prince said.

The newest Patriot added Belichick was very serious in meetings but spoke to him personally and was “a cool dude.”

The minicamp also gave him the chance to meet his new teammates, including the New England starting quarterback, Newton.

“(Cam) reminded me just how blessed I am to be in the situation I’m in,” Prince said about joining the team.

Using the example of another Prince, this one the musical icon who based his career out of his hometown of Minneapolis, staying close to Albemarle and Stanly has always been in his blueprint for life.

“This community made me, and I’m not going to shy away or turn my back on it. I’m always going to love Stanly.”