Kristy Dawn Presnell, 33, who had no operators license, was charged with trafficking opium or heroin, maintaining a vehicle or dwelling place for a controlled substance, possession of methamphetamine and possession of drug paraphernalia, according to Detective Capt. J.T. Cranford.

The traffic stop, which occurred around 3:50 a.m. at Barney Poplin Drive, led to the discovery of multiple types of narcotics in the vehicle Jackson was in, police said. A deputy with the Stanly County Sheriff’s Office along with a K-9 were involved in searching the vehicle.

Police seized 60 dosage units of oxycodone and less than a gram of methamphetamine, Cranford said.

Presnell was transported to the Stanly County Detention Center under a $100,000 secured bond. Her next court date is scheduled for Aug. 9. 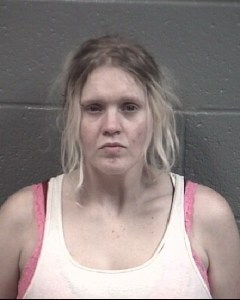