PEEKING INTO THE PAST – New London to Asheboro 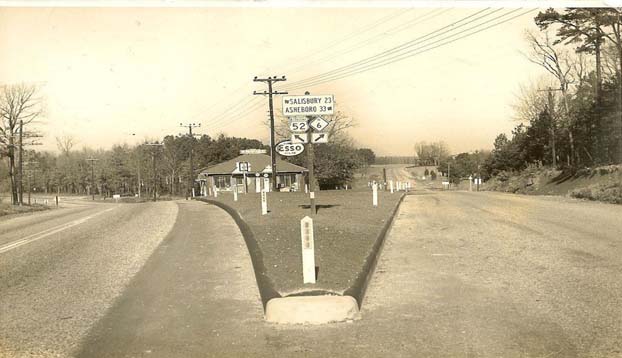 Today’s picture is a wonderful view of the intersection that leads from New London to Salisbury, if you go to the left, and Asheboro, if you head to the right. It was interesting to see the road to Asheboro was once known as Highway 6.

When trying to date this photo I found that during 1928, Highway 62 was extended from Asheboro to New London.

About 1933-35, this highway was moved north and extended to Mount Pleasant instead and the segment to New London became known as Highway 62A.

During 1953 it changed one last time when Highway 8 was extended southwest and replaced Highway 6.

Based on this information, the first photo would be from sometime between 1947 and 1953.