They are the first in the state to receive the designation, according to a NCEDA press release. The program’s inaugural class were recognized at an event at the NCEDA annual conference.

Each member of the inaugural class completed 84 contact hours to earn the certification, including courses in data and analytics, innovation and entrepreneurship, retention and expansion, and legal framework, among others, according to a NCEDA press release.

“It was an honor and privilege to be in the inaugural group of certificate recipients,” Lowder said in an email. 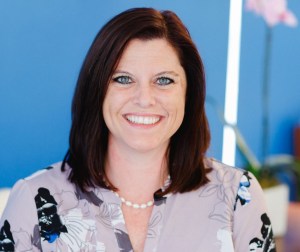 Lowder mentioned that the program “provided an array of courses to enhance students’ understanding of economic development theory and best practices in the State of North Carolina” and it also offered “networking opportunities to broaden and strengthen our peer network with seasoned professionals across the state.”

In addition to the instructional hours, each member also had to complete a capstone project relevant to their own community in order to complete the program. Lowder’s project “evaluated the need and leasing potential for a publicly-owned spec building at the Riverstone Industrial Park.”

Classes began in the fall of 2019, but due to the pandemic, Lowder said, the leadership team pivoted to an online platform in early 2020.

“I would like to extend sincere thanks to the leadership at North Carolina Economic Development Association and ECU’s Office of Continuing and Professional Education for providing the support needed to complete the program in a virtual environment,” Lowder said.
Founded in 1966, NCEDA works toward a mission of being “the voice for North Carolina’s
economic development community – providing professional development, networking
opportunities and advocacy to secure the state’s economic future,” according to the press release.
The four other NCEDA members who received the designation are: