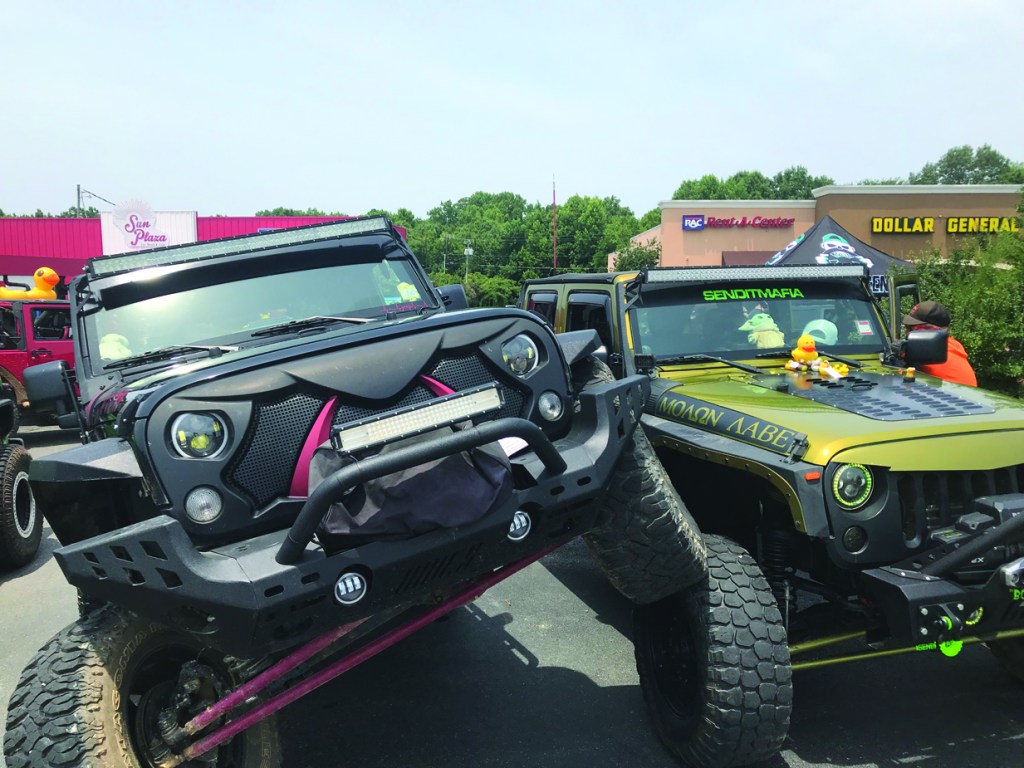 Around 35 Jeeps, some showroom-clean and others splattered in mud, were on exhibit last weekend at Sun Plaza Car Wash and Quick Lube, as the business hosted the Stanly County Jeepfest, “the largest of its kind in North Carolina,” according to owner Rick Oppedisano.

The event, the brainchild of Sun Plaza managers and Jeep enthusiasts Dani McMahan and Chris Walker, brought together fellow off-roaders for a common cause.

A raffle, which will continue through Friday, is one means by which funds will be raised. A number of competitions and other activities making up the event also contributed to the cause, in addition to seven vendors offering food, souvenirs and jeep accessories. A bake sale rounded out the fundraising effort.

Competitions, held on Saturday afternoon, included “Best Flex,” a ramp-climbing competition, with Bryan Richardson taking first prize. “Best Tats,” a category for most stickers, was won by Shelley Koonts. John Russell captured first place in the “Best Lit” category (for undercarriage lighting) and the “Cleanest Jeep” prize went to Tino Razor. The prize for “Most Creative” jeep was awarded to Kasey Maveth.

McMahan expressed appreciation to vendors and participants, and noted that additional events would follow.

“We will continue to raise money through our 4-Wheel Drive event next weekend as well,” she said, noting that the event would take place at Sun Plaza from 8 a.m. to 6 p.m. Friday and Saturday.

“We want to thank the vendors and all who are supporting this cause,” said Walker, “and we invite everyone to come out on the 16th and 17th, too.”

As of Sunday, $362 had been raised, with more to be added following the 4WD event.

“In addition to what we raise at the events, we will also be donating a portion of what the wash makes on all four days to the first responders,” said McMahan.

Information on these and upcoming events at Sun Plaza Car Wash and Quick Lube is available by calling 704-985-1133.