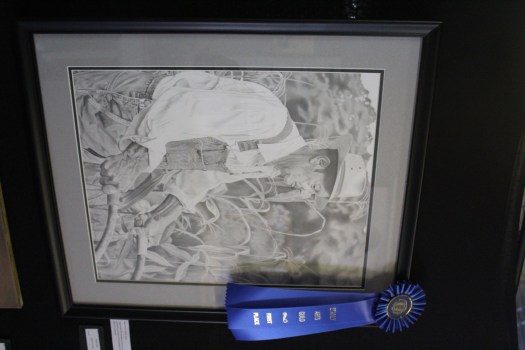 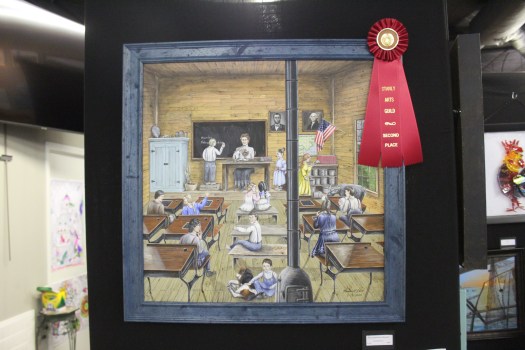 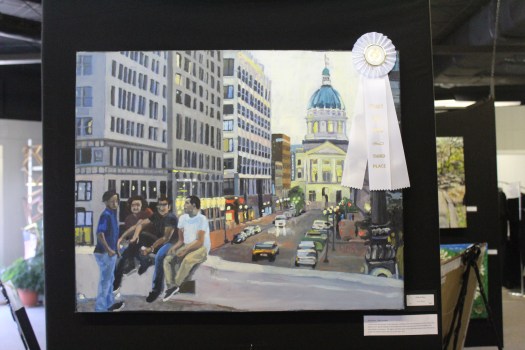 "With The Boys" by Jared Slack earned third place in 2D in the 2021 Stanly Arts Guild Summer Art Explosion. 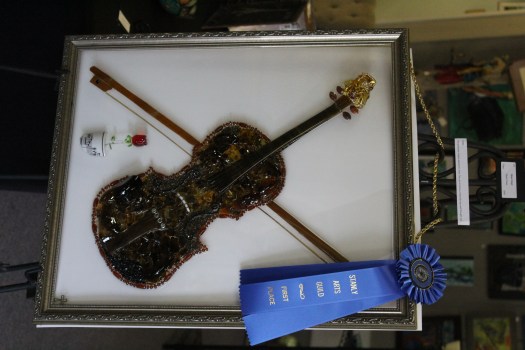 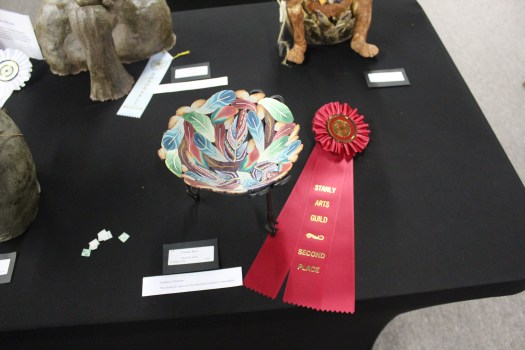 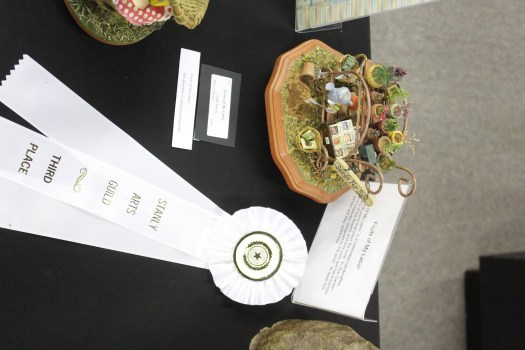 "Fruit of my Labor" by Linda Harris won third place in 3D in the 2021 Stanly Arts Guild Summer Art Explosion.

Winners were recently announced in the competition divided into 2D and 3D art. Judges for the show were Julia Lawing of Concord’s Clearwater Studios and Donna Carter of Locust.

“I could feel the heat and energy behind the plow. The technical execution of the graphite drawing is so beautifully rendered. The subtle range of values is gorgeous,” the judges said.

In third place was Jared Slack’s painting “With the Boys.” Judges enjoyed the perspective of the piece showing a cityscape from young men sitting on a bridge in the foreground to the capitol building in the background.

“The lights and darks, greys and judiciously chosen color allowed me to feel the urban hustle in the city at the day’s end,” judges said.

In the 3-D category, the winner was Marjel Jones’ “Silent Songs,” which was a music box. Judges said the “precision of glass placed for resin” and the “use of various materials” were both “well thought-out.”

Second place went to “Feather Bowl” by Michelle Efird, which was credited by judges for its “attention to detail and originality.”

“Fruits of my Labor” was the third-place winner created by Linda Harris. Judges said the pieces colors and attention to detail “were remarkable.”

Honorable mention went to “Self Portrait” by Lindsey Rigney and “Agate-Like” by Judith Williams.

Charles Curcio can be contacted at (704) 983-1361 or charles.curcio@stanlynewspress.com.