GARY PEARCE COLUMN: What you’ll hear in politics next year

It’s clear how the two political parties want to define the debate in next year’s elections, in North Carolina and nationally. Republicans want to argue about race and culture. Democrats want to argue that government can work and can help people. 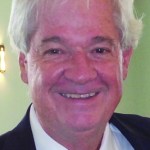 The dueling agendas show how far apart the parties are today. They inhabit separate worlds spinning faster and farther away from each other like matter after the Big Bang.

I’ve got bad news for my fellow Democrats: race-based campaigns have a history of working. And I’ve got good news: America – and North Carolina – may be different next year.

We’ll witness the parties’ debate in North Carolina, with the U.S. Senate race and legislative races. We’ve had the fight at UNC-Chapel Hill over the history of American slavery.

Berger reflects the national Republican/Fox News agenda, which focuses on racial and “culture war” issues. This poses a dilemma for Democrats. Do they engage on Republicans’ turf, at the risk of inflaming emotions, boosting GOP turnout and losing swing voters?

There is another path, similar to the one Joe Biden took to defeat Donald Trump in 2020 – and the path Biden is pursuing as president. Call it the “For the People” path.

Because of the pandemic and its economic damage, Biden has abandoned the governing doctrine of the last three Democratic presidents: Jimmy Carter, Bill Clinton and, yes, even Barack Obama.

All three were scarred by the Democratic Party’s “tax and spend” reputation from the 1960s. They strove mightily to show they were fiscally responsible and concerned about deficit spending. They made a show of reaching out to Republicans in (usually futile) hopes of finding common ground and governing in a bipartisan spirit.

Biden, the blue-collar kid from Scranton, has followed a more blue-collar strategy. More than any other Democratic president – more even than FDR, who worried about budget deficits – Biden has embraced aggressive government action to rebuild the economy, lift people out of poverty and give every American a better shot at a better life.

It’s an audacious agenda. It’s hard to achieve without Republican votes. But Biden could end the cycle of seeking Republican help. His three Democratic predecessors blamed Congress as a whole for things undone. Biden instead could blame Republicans.

He could say the GOP’s race-culture focus is a fake issue designed to distract and divide. He could say the Covid-vaccination program and the $1.9 trillion American Rescue Plan prove that government can work. He could even say President Trump’s “Warp Speed” vaccine-development drive proved government works.

There also will be an unpredictable X Factor next year. It will be the first election since Trump refused to admit he lost and his supporters attacked the Capitol Jan. 6.

Democrats might have a potent one-two punch: “We make government work for the people, and Republicans tried to take democracy away from the people.”

That strategy could mobilize Democrats, sway Independents and define 2022.

Gary Pearce was a reporter and editor at The News & Observer, a political consultant, and an adviser to Governor Jim Hunt (1976-1984 and 1992-2000). He blogs about politics and public policy at www.NewDayforNC.com.