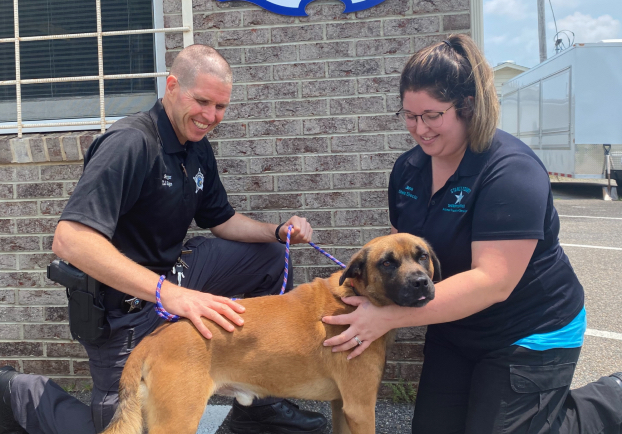 Since Animal Control was placed under the jurisdiction of the Stanly County Sheriff’s Office last November, there has been an increased emphasis on finding the best homes for the animals as quickly as possible along with making sure they are adequately cared for while at the shelter, which is now called Stanly County Animal Protective Services.

These efforts appear to be paying off. For the first half of the year, the live release rate for the shelter, at 1037 Coble Ave., was 95.1 percent, the highest rate on record, according to shelter manager Jana Aviles. That means that for every animal that has entered the shelter this year, 95 percent of them have either been reunited with their owners, placed in foster homes, adopted or transferred to rescue partners.

Back in 2016, the release rate was only 16 percent, and though it had been gradually increasing (for 2019, the rate was 72 percent), “it’s never been this high,” Aviles said, estimating the percentage is likely one of the highest in the state.

The high percentage of turnover also means that the shelter is now considered “no kill,” though occasionally the shelter will have to euthanize animals that are either suffering from untreatable medical conditions or have severe behavior issues. Shelters have to have a release rate of at least 90 percent to be designated “no kill,” Aviles said.

Aside from being eligible for more state grants, a high release rate makes for good optics with the community.

“The public perceives you as more of a safe haven rather than a kill shelter, which is what we want to stay away from,” Aviles said.

Sgt. Tim Rogers, who works full-time as an animal control officer, estimates the turnaround time between when an animal arrives at the shelter and when they leave is about seven days.

“Our goal is to get them out of this building as quick as possible because it does animals no good staying locked up in the cells,” he said.

It’s not unusual, Rogers said, for Aviles to “work her magic” to help get animals transferred to rescue organizations the same day they arrive to the shelter. “It’s really superhero stuff.”

With a limited staff (comprised of only Aviles, a former animal control officer, Rogers and another deputy), the shelter has been busy. Through almost seven months, its taken in roughly 930 animals, Aviles said, noting that it will easily surpass the 1,400 animals typically taken in each year.

Aside from the current staff, who often work extended hours each week, a few lead volunteers have also played key roles: Emma Buescher helps with the spay and neuter program while Chrissy Lambert helps recruit and schedule other volunteers.

“We’ve been rockin’ and rollin’ with a skeletal crew,” Rogers said. “Without the help of volunteers from this community…we would not be able to provide the services we provide to the county.”

Of the 930 cats and dogs taken in during the first half of the year, 57 percent were adopted and another 34 percent were either transferred to rescue organizations or returned to their owners, according to data provided by the shelter. Only 44 animals, about five percent, have had to be euthanized.

With animals continually entering and exiting the shelter, sometimes on an hourly basis, neither Aviles nor Rogers could say how many animals are currently at the shelter.

“Most days, we have no vacancies,” Rogers said.

While overwhelmed on occasion, the staff does its best to spend time socializing and playing with the animals. They also encourage volunteers to help feed, clean and interact with them.

The shelter is open from 12:30-4:30 p.m. Monday through Friday and from 12-4 p.m. most Saturdays. Owners wanting to surrender their animals are asked to first make an appointment with the shelter.

The standard adoption fee for cats and dogs is $100. People interested must first complete an application.

All the specific information about adoptions, volunteering and making surrender appointments can be found on the shelter’s Facebook page.