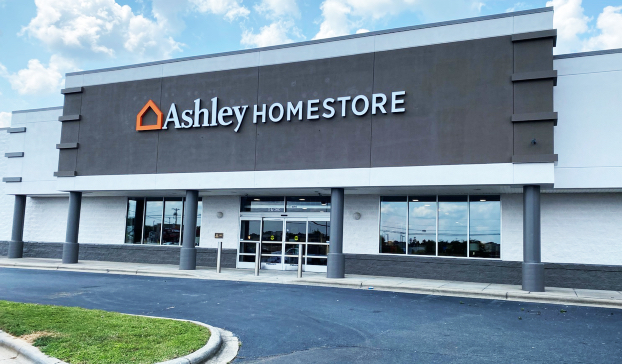 A national furniture store chain has arrived in Albemarle, with the opening of an Ashley HomeStore last Thursday.

The 23,000-square-foot store opened off N.C. Highway 24-27, in the old Office Max building, and will employ about a dozen people, according to Kim Harkness, senior director of marketing, communications and community outreach with Broad River Retail, the largest independently owned Ashley HomeStore licensee. It has 23 Ashley HomeStores in North Carolina, South Carolina and Georgia.

The Albemarle store will have its official Grand Opening at 11 a.m. Sept. 3.

It’s the first Ashley HomeStore in Stanly County. The next closest is in Concord.

The first Ashley HomeStore location opened in Anchorage, Alaska in 1997 and it now has roughly 2,000 locations worldwide. Including the new Albemarle location, the furniture chain has 31 locations throughout North Carolina, according to its website.