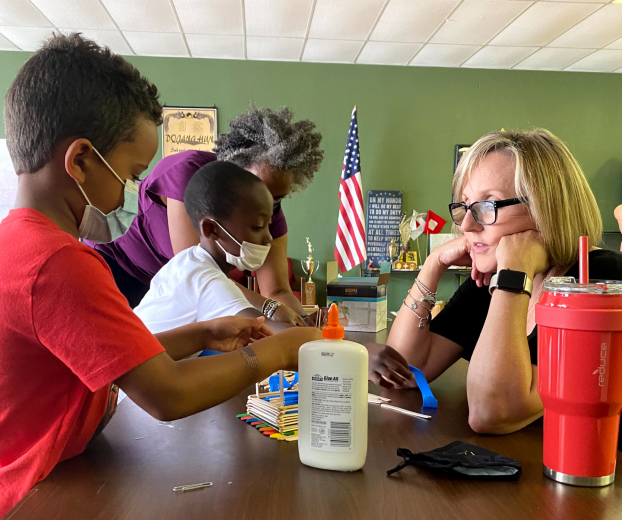 Seventeen students from Central and East Albemarle elementary schools took part in the Book Buddies Literacy Camp. They worked with teachers and church volunteers who helped them with their reading and writing skills.

“What we do is we strive to build that academic foundation for the kids,” said Pastor Jill Rhinehart, who helped organize the camp.

Students rotated between group activities and one-on-one interaction with instructors, working on reading and writing comprehension in the morning and enjoying fun activities like music, arts and crafts and physical exercise in the afternoon. Breakfast, lunch and snacks were served each day. SCUSA provided any necessary transportation to and from the church.

Central UMC partnered with Pfeiffer University, which facilitated STEM programs each Wednesday afternoon. Students also enjoyed field trips, including one to Pfeiffer’s Center for Health Sciences building in downtown Albemarle, where they learned about CPR and even donned their own white medical coats. 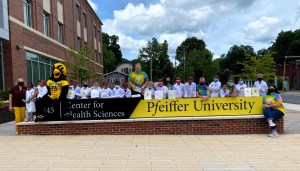 The camp was funded through grants from the Duke Endowment and from the Uwharrie District of the United Methodist Church, totaling roughly $58,000, said Rhinehart, who applied for grants. She had set up a similar program in Statesville about a decade earlier thanks to a grant from Duke.

“I really wrote the grant because I wanted to help the public school to build the foundation that the children need to better Stanly County,” she said.

Funds from the grants also followed the four city schools to purchase supplies to get ready for the school year.

Book Buddies targeted rising first grade students that needed assistance with reading, Rhinehart said, noting the individual schools were sent applications to pass to students who would most benefit from the camp.

“I can’t say enough about them (Stanly County Schools) because we would never have been able to get the kids without their help,” Rhinehart said.

The students were evaluated before the camp started to assess their baseline reading levels. Another evaluation occurred midway through the camp and a final one at the end.

Parents also participated in enrichment workshops throughout the six-week session, where they were given tools, like books and games, to help with their child’s reading while at home.

“The partnership between the education of the child and the parent’s involvement is critical to the child’s literacy,” Rhinehart said.

Students received incentives at various junctures of the camp to help motivate them to continue improving their reading levels. They first received books to take home, followed by school supplies for the upcoming year and chrome books.

The perks must have worked because once camp concluded, all 17 students had increased their reading capabilities, Rhinehart said.

“You can see it from the first week to the last week how each one of these kids just grew leaps and bounds,” Rhinehart said, noting that their confidence and social skills improved in addition to their reading comprehension. 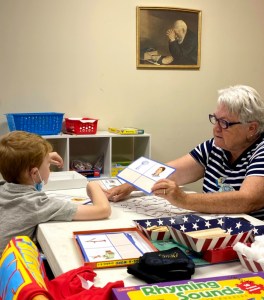 Carol Chapman, a volunteer for the church, works with Jacob Barbee. Photo courtesy of Jill Rinehart.

“It was amazing to see how much growth students had in that amount of time,” said former Central Elementary Principal Melissa Smith. “They (Central UMC) had a small community that really took ownership of that program and engaged those students…. I pray they do it again and again.”

Part of the grant money will go towards establishing similar camps for at least the next two summers, Rhinehart said. She is aiming for at least 24 students to participate next time.

Rhinehert is grateful that the church was able to provide services to the students and their families.

“The church is established to help build the foundation of the community and reflect God’s love into every aspect of life,” she said.