PEEKING INTO THE PAST – Locust Volunteer Fire Department 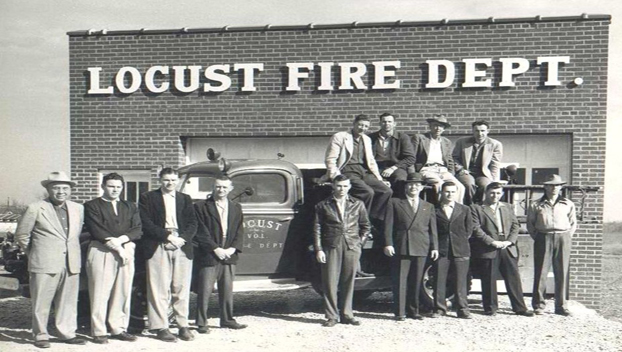 According to the program celebrating the 100th anniversary of Locust in 1969, the first rural fire department in Stanly County was founded in Locust in the 1950s. The Locust Lions Club, led by Pete Burleson, were instrumental in starting this new department. The club raised $2,800 surpassing its $2,500 goal.

A new building for the department was completed in early 1955 and their first truck was purchased from the fire department in Camden, South Carolina. The new fire department was officially incorporated on Jan. 27, 1956, as the Locust Volunteer Fire Department, Incorporated. {Lewis P. Bramlett – Stanly County Historical Society}