The Stanly Community College Foundation has announced the appointment of Merlin Amirtharaj, Nicole Wright and Will Taylor to the Foundation’s Board of Directors.

Amirtharaj started her career at Stanly Community College, Albemarle,  in 1988 as an adjunct instructor. She later advanced to program head, department head, associate dean, dean and retired as an associate vice president of the School of Business and Technology in July 2018.

Prior to joining Stanly Community College, she was a software programmer/analyst at Knowledgeable Solutions, Inc. in Monroe. 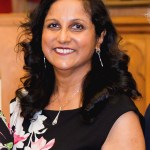 She graduated with a Bachelor of Science Degree from the University of Kerala, India. Upon moving to the United States, she obtained an Associate in Arts Degree in Business Computer Programming.

During this time, she was active in Phi Beta Lambda, business organization and served as an officer. In 1992, she graduated from Pfeiffer College with a Master’s Degree in Business Administration with a concentration in finance. In 2002, she obtained a Master’s Degree in Management Information Systems from Bellevue University. During her tenure at Stanly Community College, she also held several Novell and Microsoft certifications.

She served as a co-advisor of Phi Beta Lambda for more than 20 years, was involved with the Health and Wellness Program at Stanly Community College, and was involved in start-ups of several programs at the college to keep up with the demands of the community.

She is an advisory board member for the Accounting and Business Department at the college.

In years past, she has served on the former Stanly Memorial Hospital Board, the Stanly County Arts Council and the Albemarle Downtown Development Corporation Board. She is a member of the Stanly County Community Foundation Committee and chairwoman of its Grants Sub-Committee.

Amirtharaj is an active member of Main Street United Methodist Church of Albemarle. She is also on the board of Directors for the Uwharrie Capital Corp and Bank.

Wright holds a Bachelor of Science in Business from Pfeiffer University, as well as a Bachelor in Pastoral Ministries through Impact University. In addition, she is a 2010 graduate of Leadership Stanly. 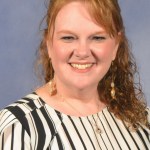 During her time with Alcoa, she served on the Stanly County Community Foundation Board through three board directors. She also serves as the board vice president for Older Adult Services in Stanly (O.A.S.I.S.)

She is married to Bryan Wright, and they pastor Boomerang Church in Albemarle. She has a daughter, Abigail, who graduated from Stanly Early College (SEC) in May; a daughter, Rachel, who is in the 11th grade at SEC and an 8-year-old son who attends Oakboro STEM School.

Taylor is an attorney and entrepreneur. Taylor has practiced law in Albemarle, focusing primarily on real estate and business matters, since 2018. 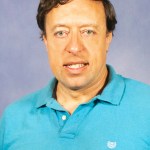 Taylor is also a private investor in distressed small companies throughout North and South Carolina. He has acquired companies in industries including apparel manufacturing and distribution, bus transportation, water treatment, janitorial services and real estate, from 2009 to the present.

Taylor served in the Army National Guard from 2004 to 2008, including serving as a tank platoon leader in the Iraq War with the 278th Armored Cavalry Regiment of the Tennessee National Guard in 2005, which he counts as one of the most valuable experiences of his life.

Taylor is a native of Albemarle and lives in the New London area.

For more information about the SCC Foundation, contact Jeania Martin, executive director, at 704-991-0370 or jmartin8295@stanly.edu.