The Embers coming to Stanly for SCCA performance 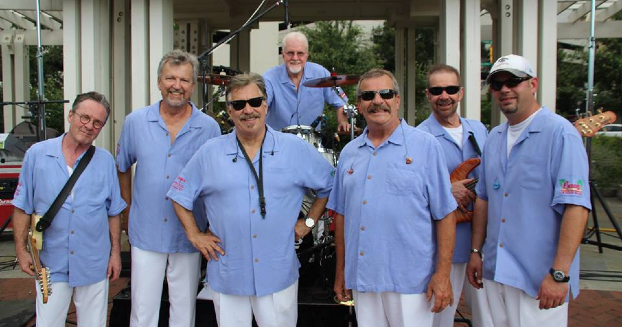 After their initial performance was canceled last year due to the pandemic, the Embers are set to perform in Stanly next Sunday. Photo courtesy of the Embers.

The band was set to be the fifth concert of the series, which began the previous September. ABBA-Mania, a Canadian tribute band that performs favorites of the Swedish pop band ABBA, had just played in the county the month before.

But then the coronavirus pandemic arrived and the world changed on a dime. For the first time in SCCA’s nearly 75-year history, the organization had to end its season, as live performances with big crowds were not possible.

“This is a time in our country to stand together, act wisely, pray for solutions and the health of our world,” Charlotte Maness, president of the association, emailed members of the SCCA board at the time.

After more than a year and half with no performances, the SCCA is about to launch into its 73rd season, which will begin in August and run through April for a total of six concerts. And it is only fitting that the first group to kick off the new season is the Embers. The band will perform Aug. 29 at 3 p.m. at the Agri-Civic Center.

The Embers, according to their website, consider their genre “music with memory,” “heart, soul, rhythm and blues, feel good” music.

The band, which also went more than a year without performing, has been playing since the spring and is excited to be back in Stanly.

Drummer and vocalist Bobby Tomlinson, who founded the group in North Carolina in 1958, has noticed a pent-up demand for people wanting to get together to listen to live music.

“We’ve had big, record crowds everywhere we played” this year, he said. “They’re really involved, everybody seems to be having a ball.”

“We’re looking forward to playing in Stanly County,” Tomlinson said. “We have a lot of fans that way.”

Tickets, which cost $20 for adults and $10 for students, are available in advance at the Agri-Civic Center or Starnes Jewelers.