Commissioner, his wife recovering after testing positive for COVID-19

Over the past few weeks, Stanly County has seen an increase in breakthrough COVID-19 cases, where fully vaccinated people have contracted the coronavirus. As of Friday, there were almost 90 reported cases since July 1, according to data from the Stanly County Health Department.

Bill Lawhon, chairman of the Stanly County Board of Commissioners confirmed in a phone interview that both he and his wife Gail tested positive for COVID-19 last Monday. Both were fully vaccinated. 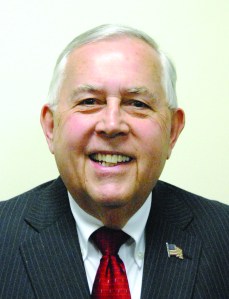 This is Lawhon’s first time dealing with the virus. It is also the second time the head of the Stanly County commissioners has tested positive for COVID-19. Former chairman Matthew Swain contracted the virus last spring.

Lawhon’s infection comes at a time when coronavirus cases are increasing rapidly in Stanly as a result of the highly transmissible delta variant. The county had 305 new cases last week, an 18 percent increase from the week before, when the county had 258 cases. Twenty people were hospitalized as of Friday and there have been eight additional deaths reported so far this month, bringing the cumulative total to 152.

The overwhelming majority of cases not just in Stanly but across the country are coming from people who are unvaccinated. This population is also driving the uptick in hospitalizations and are accounting for a large share of the deaths.

After getting tested at the health department last week, the couple have been quarantining at home on Lake Tillery, Lawhon said. They had friends who brought them meals, placing them on their doorstep.

Lawhon said he let County Manager Andy Lucas know that he had tested positive and was in quarantine.

Over the past week, Lawhon has been dealing with sinus-type issues, similar to a head cold, though he never had a fever. His wife, though, had a much harder time, dealing with the worst body aches she ever experienced, he said, adding that Gail had a fever every day.

Lawhon said he has experienced no shortness of breath, a common symptom with people who contract the virus.

Fortunately both are recovering and Lawhon expects to end quarantine after Tuesday, as both he and Gail would have gone 24 hours without experiencing any a fever.

According to the health department, if people have symptoms of COVID-19  or they have tested positive, they should stay at home until it has been 10 days since they first felt sick and at least 24 hours without having a fever.

Even though they are feeling better, the past week is something Lawhon never wants to experience again.

“I would prefer not to have ever had it because it was a rough week,” Lawhon said. “I felt bad all week long.”

Lawhon said he likes to think he and his wife getting vaccinated helped to prevent their infections from getting serious enough to require hospitalization.

While breakthrough infections are still quite rare — they have accounted for about nine percent of all cases in Stanly since the beginning of last month — Lawhon wants people to know that they can still catch the virus.

“I think just because you’ve been vaccinated does not mean you’re not going to get it,” he said.