PEEKING INTO THE PAST – Frozen Food Plant 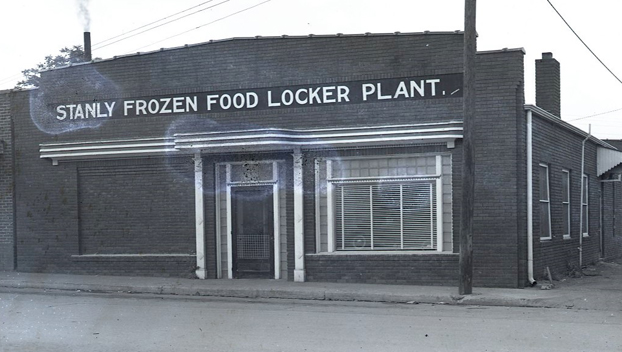 The Stanly Frozen-Food Locker Plant opened in the 1940s.

The June 2, 1944 issue of The Stanly News & Press announced plans by brothers Curtis and Lindell Morris to build a Freezer-Locker plant, to be known as the Stanly Frozen Food Locker Plant, on the Concord Road.

The purpose of this type of business was to allow members of the community to rent space to store frozen fruits, vegetables and meats. The rented lockers would be 6.5 cubic feet and would hold approximately 250 pounds. There was also a meat processing area as well.

The original plan was to have 400 lockers. According to the War Production Board, that had to approve the business venture, 240 lockers had to be available for rent by local farmers.

In late July 1944, the home that had occupied the future location of the plant was demolished.

The new building, with a total of 320 lockers and space for meat processing, was finally completed in January 1945 and a grand opening was held on Jan. 16.