PEEKING INTO THE PAST – Bank of Stanfield 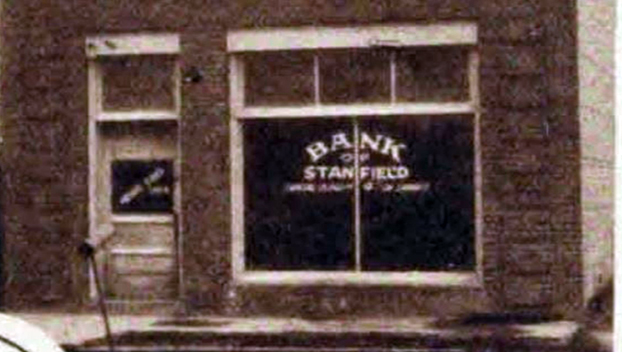 The Bank of Stanfield did not survive the Great Depression.

The town of Stanfield had been formed in the early 1910s due to the arrival of the railroad.

By July 1920, the community had grown enough so that a charter was submitted to the North Carolina Secretary of State for a new bank to be known as Bank of Stanfield.

According to the Albemarle Press of March 15, 1923, the bank had opened on April 26, 1921. Very little information about the bank appears in records over the next decade.

Unfortunately, by April 1933, the bank had been required to close due to complications caused by the Great Depression.

Initially there was hope the bank would be allowed to reopen. When that goal was denied, the bank officials contacted all of their depositors and asked for them to visit the bank in order to retrieve their money.

According to the Raleigh News & Observer from Jan. 12, 1934, the bank had completed its liquidation.

All $21,883.80 (the equivalent of approximately $310,000 today), that was owed to unsecured depositors and creditors, had been paid except for one 35 cent item that represented a lost certified check.