GUEST OPINION: The human side of Coach Joe Ferebee

Editor’s Note: The following article by Jim Misenheimer of Richfield was not available for the book of memories about Coach Joe Ferebee released earlier this year.

I was born in 1950 and was very young when my dad (C.P. Misenheimer) became good friends with Joe Ferebee.

Joe had recently taken the baseball coaching job at Pfeiffer College and was also the athletic director. My dad was the principal at Richfield High School (a mile down the road) and the two quickly became hunting buddies, both were avid Tar Heel fans and both loved baseball. 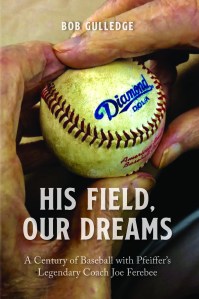 A book of memories about Joe Ferebee has been compiled by his former players.

As I grew older occasionally I was invited to tag along on hunting trips or to football games at Chapel Hill. I was not part of their conversations, but at an early age I realized that Mr. Ferebee was a very good friend that my dad respected tremendously.

I knew Coach all my life but I did not become a good friend until after my dad passed away in 2006. Around 2012, my son (Ben Misenheimer) had started teaching and coaching in Stanly County and one day made the statement, “I really wish granddaddy C.P. was still alive. I sure wish I could pick his brain about coaching baseball.” (Note: before my dad had become a principal he had been a very successful high school basketball and baseball coach before WWII.) 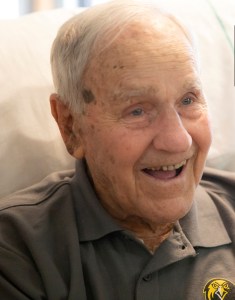 At the time, Coach was living alone at his home in Misenheimer. By fate I ran into him one day in the Pfeiffer cafeteria and asked if he would be willing to talk with Ben about baseball. Coach replied that he would love to talk with Ben and the next two years proved to be such a blessing for Coach, Ben and I.

Ben was delighted to have his granddad’s best friend tutor him in baseball coaching techniques and Coach really enjoyed shaping a young mind who was eager to learn. Ben really wanted to know what were the secrets that created Coach’s legacy of becoming the winningest college coach in North Carolina.

The first lesson Ben learned was Coach was a most humble person. He talked about how lucky he was to be at a college that let him build his program the way he wanted it without micro-managing his team. He smiled and said they didn’t give him much money but they also didn’t tell him who he had to play. He talked about how lucky he was to have great talent. He said, “I was blessed with great players that really wanted to play serious baseball. If you came to Pfeiffer, you were willing to take baseball serious. Everyone on the team worked hard, even me — I raked tons of rocks in my career.”

Coach looked at Ben and said, “When I trained sailors in WWII, I worked harder than my boys, I was in better shape than most, I was more disciplined than most, I led by example. I wanted them to believe that if they followed my lead in two months time they would reach a higher level of their potential which could possibly save their life in future months in naval battles.”

“In coaching, I pretty much wanted to train my players in the same manner as I trained my sailors. If they wanted a chance at professional baseball they had to be better than the rest of the competition and also be lucky. I had many players that were good enough to play pro ball but just did not get the right break at the right time. It breaks my heart when that happens but they know that they were good enough and they know that I know that they were good enough – but that is life. We don’t always get what we want and we don’t always get what we deserve. But my players know that I am proud of them because they worked hard to develop their skills to that high level of proficiency and that is all a player can do.”

“Ben, I have coached for many years – if a player makes me mad – he doesn’t play. I didn’t get mad at a player that made a physical error, I was disappointed if we made mental errors and we did work constantly on knowing what to do in different situations. I do get mad if I see players that don’t hustle. If the other team hustles more than us – I am playing the wrong players. I always had players that wanted to win. This was never a problem.”

Ben asked, “Coach, my dad said you were always strict about your team looking professional – clean uniforms, clean shoes, neat hair. Did you ever have problems with that?” Coach smiled and said “Ben I had high expectations in the Navy and I always had high expectations as a coach. It was never a problem finding talented boys that wanted to play baseball. If it was more important for them to look different than their teammates – they could easily find a different coach who would let their players dress as individuals rather than blend together as team members.”

In 2014 Ben was named head baseball coach at West Montgomery High School in
Troy. He coached a very successful season before passing away from cancer the following summer. During Ben’s season of coaching, I would go by Coach’s assisted living home in Albemarle, load him and his wheelchair in my truck and we would go to Ben’s games and sit in the stands. After every game the three of us would go to a nearby restaurant and discuss the game, eat pizza and talk to any player or parent that came by our table. As any coach knows, there are many parents that always think they know more than the coach. Ben would thank any father that dropped by to offer advice – but he would always introduce them to his “Godfather” Coach Joe Ferebee – the most successful college coach in North Carolina. Ben would continue, “I always consider any advice given, but when Joe Ferebee speaks – the whole Baseball World listens – especially me.”