PEEKING INTO THE PAST – Pfeiffer Buildings 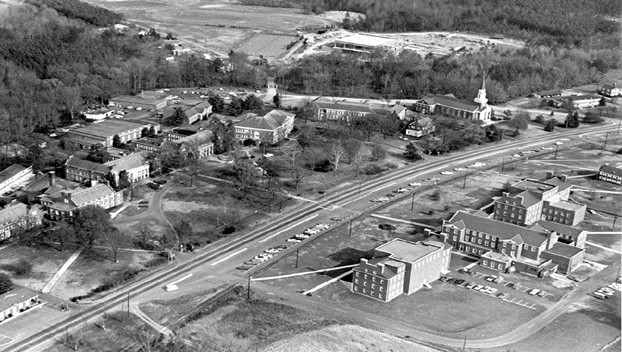 Have you ever wondered about the origin of some of the names of the buildings at Pfeiffer?

According to Jonathan Hutchinson, archivist at Pfeiffer University, four of the early buildings that were constructed on the campus, Cline, Goode, Merner and Rowe, were funded by way of donations from Henry and Anne Pfeiffer.

Cline Hall, Goode Hall and Rowe Hall were all named for women who were very instrumental in the Women’s Home Missionary Society which had purchased what originally was known as Mitchell School, and later became Pfeiffer Junior College, from founder Emily Pruden in 1903.