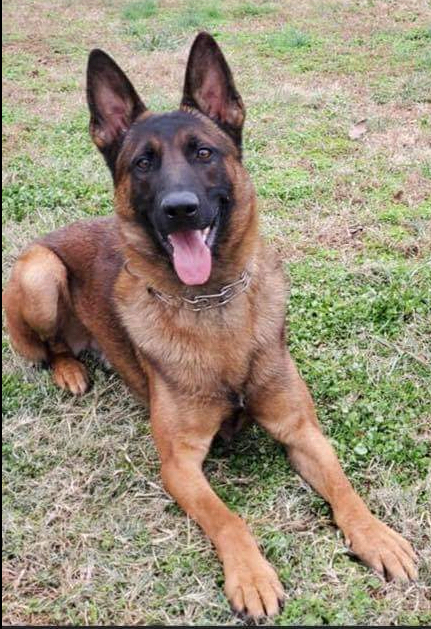 Sheriff deputies located K9 Luka a day after he ran away. Photo courtesy of the Stanly County Sheriff's Office.

A K9 officer that had gone missing Friday night following a chase in the western part of the county was found unharmed Saturday morning.

During a vehicle chase that turned into a foot chase Friday night near Cherokee Road, the Stanly County Sheriff Office’s K9 Luka was deployed to pursue the suspect.

Though the suspect was apprehended near Cherokee Road, Luka did not return to his handler, Deputy Francisco Porras.

Luka, a German Shepherd, has been part of the department for around two years, said Sheriff Jeff Crisco.

While it is rare for a K9 to disappear, it does occasionally happen, Crisco said.

Deputies began actively searching for the dog after he disappeared and Luka was discovered unharmed by Porras early Saturday morning, Crisco said.