An Albemarle police chief has been hired.

Jason T. Bollhorst will begin his duties on Oct. 4, filling the vacancy created by the retirement of Chief David Dulin.

Bollhorst comes to Albemarle from the Newport News (VA) Police Department with more than 26 years of law enforcement experience. 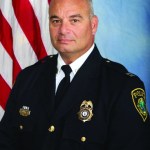 Throughout his career, he had a variety of assignments while progressing in rank. Bollhorst held supervisory positions for 10 years in Patrol Operations, Tactical Operations (SWAT) and Investigations; narcotics, gangs and criminal enterprises associated with federal task force operations. His leadership at the rank of captain includes five years of experience in three of the agency’s six divisions.

Bollhorst spent two years with the Professional Standards Division which housed Training and Internal Affairs, over two years as the commander of South Precinct in the Patrol Division and one year with the Special Investigations Division.

Bollhorst has an associate’s degree in police science from Thomas Nelson Community College and a bachelor’s in science degree in governmental administration from Christopher Newport University. He is a graduate from the 66th Class of the Police Executive Research Forum’s Senior Management Institute and has attended a variety of command level leadership courses.

Bollhorst believes the strongest asset a police department or any organization has is its people.

“It is vital that all members of the Albemarle Police Department support the city’s efforts to establish and maintain a safe and harmonious environment for the citizens, stakeholders and visitors of the city,” Bollhorst said. “The front line civilian staff, officers and supervisors are critical in accomplishing our mission. I will continue to promote a positive work environment conducive to internal growth which encourages appropriate levels of coaching and mentoring for all the men and women in the Police Department.”

Bollhorst has been married for more than 29 years to his wife, Sherrie. They have three daughters, Caitlin, Madison and Sydney.

“We are very excited to have Jason Bollhorst serve as our next chief of police,” City Manager Michael Ferris said. “He was selected after an extensive search and thorough process. It is no small challenge to have made it through the competitive process to be the candidate selected. We are also fortunate that Chief Bollhorst has selected Albemarle. A consistent characteristic that was demonstrated throughout was his commitment to serving the public and in supporting high-quality, professional law enforcement. More than ever, these traits are critical to the success of anyone serving in this profession. I personally look forward to working with Chief Bollhorst and to what he will bring to the city, department and the public we serve.”