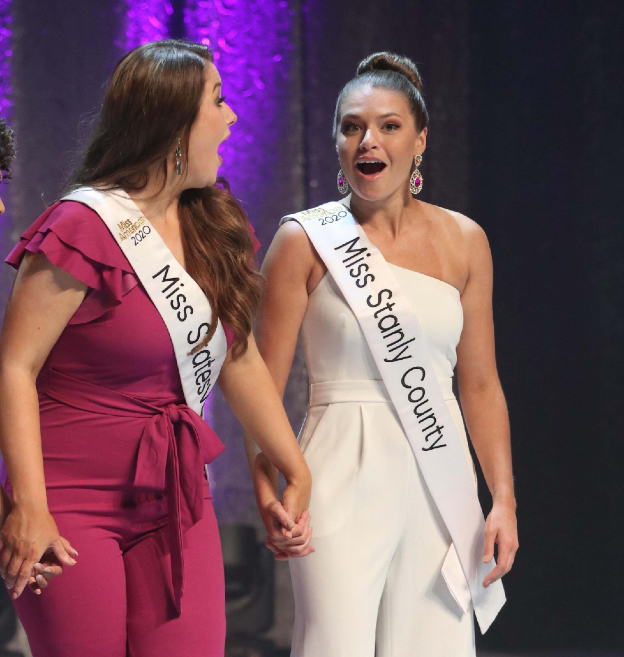 It was Oct. 12, 2019, when Karie Grace Shields’ life changed as she took the crown of Miss Stanly County at the Stanly County Agri-Civic Center surrounded by her competitors, judges and a host of family and friends.

Little did Shields know at the time that her reign would extend well past that of her predecessor Lauren Egan and the many others that came before her. Due to the COVID-19 pandemic, the county pageant was not held in 2020, meaning that Shields has remained the reigning Miss Stanly for two years.

Now, after nearly two years since the tiara was first placed on her head, Shields, 22, acknowledges that her “long journey” is coming to a “quick end.” She is looking forward to crowning a worthy successor next Saturday during the Miss Stanly County Scholarship Pageant.

“I’m a little sad but also very excited,” she said about the upcoming pageant. “I’ve talked to many of the girls competing for the Miss Stanly County title and I’m just so thrilled to see which one of them gets crowned because I know it’s going to be an awesome competition and all of the competitors are just amazing.”

“I’m excited to know that when I give up my crown,” she continued, “it’s going to go into good hands and we’re going to still see growth within this community.”

Shields noted that while the pandemic presented many challenges, “it was also a blessing because it meant that both me and Shelby Sides (Miss Outstanding Teen 2020) could continue to work in our community and make that impact.”

Since becoming Miss Stanly County, Shields, a West Stanly High School graduate, has been advocating for the American Red Cross, a close cause to her heart. When she was a young girl, her family suffered a fire in their home, but the Red Cross was around to help them out.

The organization made sure her family had a shelter and food. They also allowed Shields to go and pick out a stuffed animal so she could have something tangible to hold onto during a turbulent time in her life. As Miss Stanly, she’s been working to give back to the organization.

One of the first events she held was in February 2020, a few weeks before the pandemic, when she organized a stuffed animal drive for children whose families are assisted by the Red Cross. She received so many bags of animals that it filled a room. 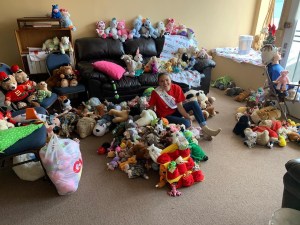 Since the pandemic hit, Shields has gone online to raise awareness for Red Cross. She’s connected with other pageant title holders from across the state and the country and they’ve utilized their social media networks to amplify each other’s social impact initiatives.

“So if I made that connection with other title holders, we were able to share my social impact initiative so that someone else in that area would see it and see light upon it and understand the importance of it,” she said.

Shields competed in the 83rd Miss North Carolina competition in June. Held in High Point, Shields placed in the top 11 (out of 34 girls) and received enough community support (she raised about $2,000) to win the People’s Choice Award. She received a scholarship and also raised about $500 for the Red Cross.

In her first in-person competition since she was crowned Miss Stanly County in 2019, aside from placing in the top 11, Shields said she wanted to soak in every moment.

With the end of her pageant career only a few days away, Shields is now looking to the future. She graduated from Pfeiffer University in May with a degree in health and exercise science and is planning on going into nursing school. She’s applied to four schools: UNC Chapel Hill, Duke University, Queens University and Western Carolina.