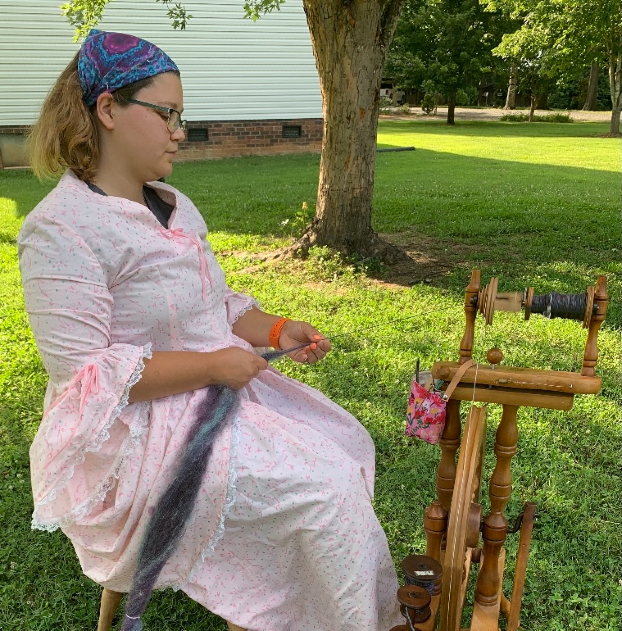 A few years ago, out of the blue, Dakota Bratcher decided to take up spinning.

Not the popular physical exercise also known as indoor cycling, but rather the old-school action of actually converting fibers into yarn.

And the 29-year-old discovered the textile art in a rather roundabout way.

As a Stanly County native who lives with her husband and two young boys on a farm in Aquadale, she is used to being around a bunch of animals. And she has quite a lot of them: Cats, dogs, goats, chickens, guineafowl and peacocks.

“Everything that we have, it does something, it has a purpose,” Bratcher said, noting that her dog protects the goats and her cats chase away the mice.

About two years ago, Bratcher wanted to expand her assortment of animals to include sheep. But, like her other animals, she wanted them to serve a specific purpose while on the farm. That’s when she realized that she could shear the sheep and learn to spin their fiber to create yarn.

Only problem was Bratcher knew virtually nothing about the craft and none of her friends or family knew anything either.

But that didn’t stop her.

“I literally just jumped headfirst,” she said about taking up spinning.

It wasn’t easy though as she struggled in the beginning with the specific terminology.

“I didn’t even know what a spinning wheel was called,” she said, noting she initially Googled “yarn spinny thing” when she first expressed interest.

Once she purchased two sheep and a spinning wheel, she took to Google and Youtube to learn as much as she could. While many of the online videos made the craft look really simple and easy, the reality for Bratcher was anything but.

Learning mainly through trial and error, Bratcher estimates it took her about six months to fully feel comfortable spinning. There were many days where, overcome with frustration, she wanted to just quit and throw in the towel.

“I would do maybe 15 minutes a day, and get mad and rip off what I had just done and do it over again,” she said.

Bratcher spins her yarn by hand by utilizing a spinning wheel and a bobbin (a spindle on which the yarn is wound.) The yarn gets connected to the bobbin, which is attached to the wheel, through the orifice hole and once Bratcher steps on the treadle pedal, that’s when the magic happens as the fabric is then quickly spun onto the bobbin. 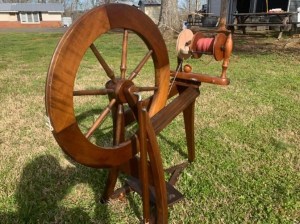 But gradually she got better and she learned from her mistakes. After she became adept at the craft she began to dye her fibers all sorts of colors. She’s currently into pastels, but has also worked with bright colors.

“It’s whatever my mood is,” she said regarding what colors she uses to dye her fabric.

After several months, Bratcher eventually got rid of the sheep as their voracious eating habits were affecting her beloved goats (the only animals on the farm she refers to as her pets), who she noticed were getting skinnier, due to the dearth of available food.

But even without her original source of fabric, due to online connections she’d forged since taking up spinning, Bratcher now purchases animal fibers, such as wool and fleece, from various local vendors.

While people of all ages spin, Bratcher is not aware of anyone else that does so in Stanly County; many of the spinners she knows live in the mountain areas in the western part of the state.

While there are several different ways of winding yarn, Bratcher forms hers into 4-ounce skeins, or balls of coiled yarn. It takes her about an hour to make one skein and she estimates she makes around six skeins a week. She likes to work at night after cooking and taking care of her kids. Unlike some people who enjoy the craft, Bratcher’s yarn is 100 percent hand spun and comes exclusively from animal fibers.

Spinning yarn is still just a hobby for Bratcher. For her day job, she works at Atrium Health Stanly as a certified medical assistant in the Gastroenterology unit, which she said she really enjoys.

She regularly spins and sells her yarn at the Farmers Market in Norwood, has appeared at local craft and vendor shows and has her own company Be”ewe”tiful Fiber Designs. She’s also currently working on setting up her own Etsy page. 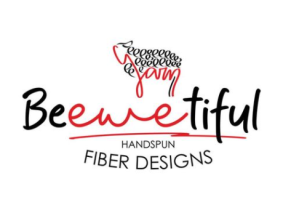 About a year ago, Bratcher got connected with Robin Davis, owner of 110 Main Mercantile in downtown Norwood, and starting selling her multicolored skeins at the shop. Her products have been popular, especially around the holidays, she said. 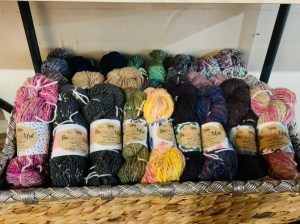 “As a vendor, Dakota brings a unique and extraordinary talent to 110 Main Mercantile,” Davis said. “Her fiber work helps showcase the tradition of yarn spinning and the history of our textile heritage.”

Her skeins typically cost anywhere from $15 to $30 depending on the quality of the fiber and how hard it was to acquire. Romney fiber, for instance, is generally cheaper than silk or cashmere, she said.

Bratcher is still learning new things each day and finding ways to tweak her craft.

If anyone is interested in purchasing her yarn, they can message Bratcher via her Facebook page or purchase her skeins at 110 Main Mercantile.