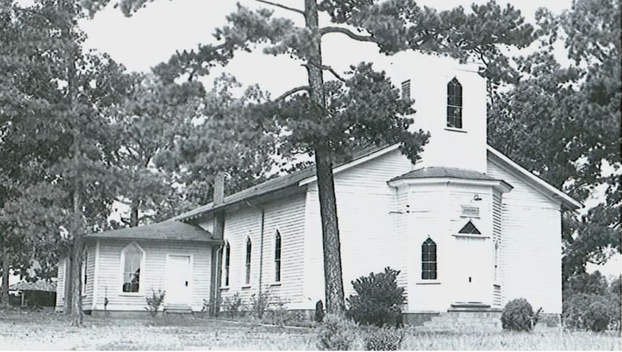 A 1910 photo of the First Baptist Church of Locust.

PEEKING INTO THE PAST: First Baptist Church of Locust

According to the Stanly Baptist Association, after a time of meeting each week under a brush arbor, the Baptists of Locust Level moved their meetings to the new public school in 1883. The following year the church was formally organized as First Baptist Church of Locust Level. Rev. W.G. Morton became the first pastor.

In 1885, the new church became one of the charter members of the Stanly Baptist Association. About this same time, a new church building was built near the school building.

In May 1894, the city name was changed from Locust Level to Locust, so the church followed suit and became First Baptist Church of Locust. In 1910, the church sold the original building and erected a new larger building (see today’s photo). In 1948, the church expanded again as they moved into a new building on South Central Avenue in Locust. A new Fellowship Hall and education building was added in 1981.

The sanctuary was replaced in 1983, and this new building was expanded in 2006.

MIKE WALDEN COLUMN: Should economic growth be a goal?

Although today we live in a fractious political environment, there is one area of widespread agreement among individuals and groups... read more