PEEKING INTO THE PAST – Five Points Service Station 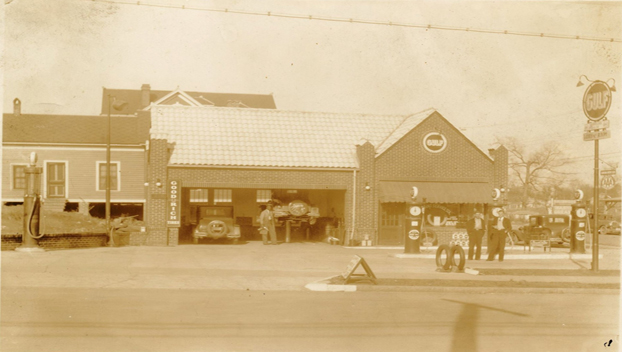 During mid-1933, the Gulf Refining Company announced it would lease the corner of East Main and Fourth streets from owner Bertha Snuggs Efird to build a new service station.

A home, occupied by Dr. B.C. Moore, which was on the property, was moved a short distance away. The Five Points Service Station, managed by H.W. Waller, was opened in October 1933.

Over the decades that followed, the service station was expanded and went through a number of ownership changes. In the early 1970s the property became a branch of First National Bank. In 1981, the bank was merged into First Union of Charlotte.

About 1996, the property became the home of the Stanly County Museum. During May 2017, the museum moved to North Second Street and the old building was demolished later that year.

Groundbreaking for the new Pfeiffer University Center for Health Sciences was held in January 2019.