PEEKING INTO THE PAST: Donut Dinette 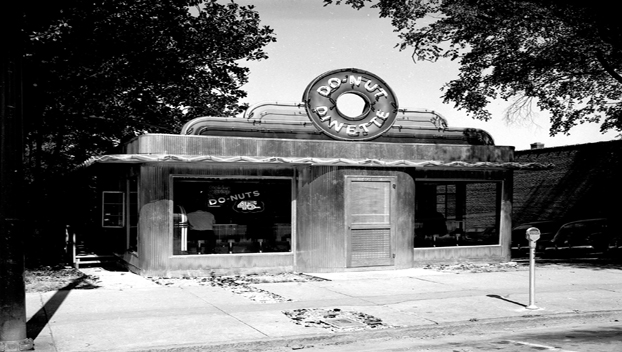 The history of the original Donut Dinette building in Albemarle dates back to early 1948.

One day, two men from Charlotte, visiting Phillips Drug Store, were impressed by Flave Whitley’s service at the lunch counter. They offered him the opportunity to purchase a Donut Dinette franchise.

In May 1948, Flave opened his new business on North Second Street near the Albemarle Hotel.

The business was managed by Bill Varner for many years and later Joe Smith. In 1984, Smith built a new building behind the original structure. When this building was completed, the original building was moved again and ended up on South First Street. The building housed a number of restaurants, but was ultimately demolished during September 2021.