Centerview Baptist Church of Albemarle has welcomed new pastor Adam Hatley along with his wife Chantal and their son Roman.

Hatley was born and raised in Albemarle, graduating from North Stanly High School in 2011. 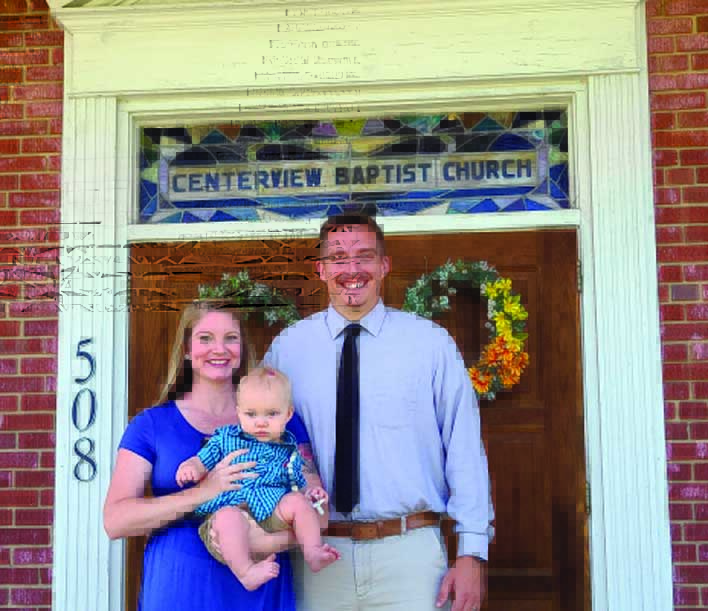 Adam Hatley, right, is joined by his wife, Chantal, and son, Roman. Hatley has been named pastor at Centerview Baptist Church.

While attending Stanly Community College, Hatley felt called to ministry and transferred to Southern Evangelical Bible College where he earned a bachelor’s degree in religious studies.

Of that age, Hatley says, “I connected with many individuals that I attended school with and grew closer with many to have life-long friendships.”

Hatley left Centerview as an older teen to attend other congregations and then later focus on college. However, his extended family is active in the community and runs an outreach ministry in downtown Albemarle, so coming back home to Centerview has many benefits.

He appreciates “such great support in the community, knowing people who are willing to help and pitch in where God is leading them.”

Hatley finds inspiration in many areas of life like in studying scriptures and looking to role models like Evangelist Billy Graham. He attributes his parents to always encouraging him “to seek God, listen to what He says, and do what He commands do, no matter what the world may think.

Hatley and his wife named their son Roman after their favorite book in the Bible.