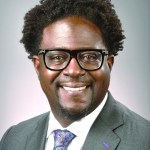 Hawkins’ role will encompass Atrium Health Cabarrus, Atrium Health Stanly, Atrium Health University City and the free-standing emergency departments in Huntersville, Harrisburg and Kannapolis. His focus will be on achieving strategy execution for the market in alignment with Atrium Health’s overall goal of operational excellence in key facilities.

“Roy has the experience that Atrium Health needs in the north market,” said Christopher Bowe, Atrium Health group senior vice president and chief operating officer for the Greater Charlotte region. “His time with other healthcare services is ideal to lead the hospitals in Cabarrus, Stanly and University City along with the emergency departments in Huntersville, Harrisburg and Kannapolis toward alignment.”

“Aligning multiple hospitals and emergency departments will be a challenge that I am excited to take on,” said Hawkins. “My experience in Florida and Virginia has prepared me to work for the leading healthcare system in the area.”

Since 2019, Hawkins has served as senior vice president and chief executive officer of Jackson Memorial Hospital in Miami. He managed multiple business units and premier service lines, including the emergency care center, the critical care division, Ryder Trauma Center and the Miami Transplant Institute – the second largest transplant center in the United States and the only center in Florida that performs every type of transplant.

Prior to joining Jackson Memorial, Hawkins was senior vice president and chief executive officer of Jackson North Medical Center, a 382-bed Jackson Health System-affiliated acute care hospital located in North Miami Beach. He joined Jackson Memorial after serving as the Chief Operating Officer of Johnston-Willis Hospital, a 292-bed facility in Richmond, Virginia. In his role, he led the organization through a record-breaking year in patient volumes and spearheaded the hospital’s efforts to achieve Comprehensive Stroke Center certification. Additionally, he had executive oversight for the hospital’s emergency department, surgical services, Sarah Cannon Cancer Institute and their rehabilitation unit.

Hawkins completed his undergraduate degree in business administration from Howard University in Washington and his Master of Health Administration degree from Florida International University in Miami. He served as president of the National Association of Health Services Executives (NAHSE) from 2013 to 2015.