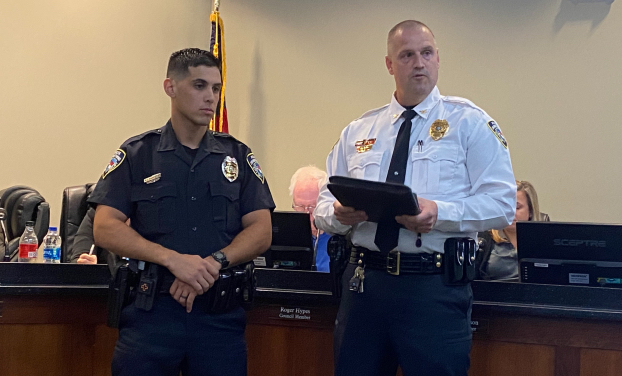 The Locust Police Department introduced a new member of the force to the city council during its monthly meeting Thursday night.

A U.S. Air Force veteran who served in Afghanistan, Fairfield joined LPD after six years with the Charlotte-Mecklenburg Police Department, where he earned a spot on CMPD’s SWAT team in 2018.

Fairfield chose LPD because he wanted to make a difference in his community, and to be more heavily involved in community policing and law enforcement/community relations, according to the information from the city’s website.

“He has received rave reviews across the board from every officer that works for Locust,” Police Chief Jeff Shew told the council. “They say he’s a great officer but then also just a really good man and that’s exactly what we want with the Locust Police Department.”

Shew also announced that former patrol officer Jaman Smith has been promoted to the position of detective. He had previously worked for the Stanly County Sheriff’s Office where he also served as a detective. 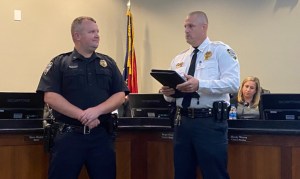 Jaman Smith was recently promoted from patrol officer to detective.

Shew told council that when he was a detective with the Sheriff’s Office, Smith’s experience involved felony crime investigation with a special emphasis on property crime and crime scene processing. He’s been assigned close to 450 investigations during his career.

For both 2020 and so far this year, Smith lead the patrol division in both business and neighborhood patrols as well as citations charged, Shew said, and he has been named Officer of the Month two times this year.

“As good a job as he was doing as a patrol officer, we think he’s going to be an even bigger asset to our investigation division,” Shew said. “We’re proud of him and we’re excited about him being with us in that capacity.”

The next council meeting is scheduled for Nov. 4 at 7 p.m.