PEEKING INTO THE PAST – The Stanfield Airport 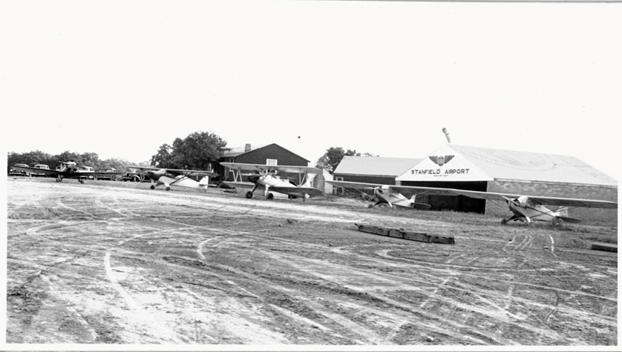 Thought construction was announced in December 1946, the first charter flight from the Stanfield Airport happened in 1947. The year of this photo is unknown.

After the war when he returned to Stanly County, he convinced his father they should build an airport in the Stanfield area. During December 1946, the Stanly News & Press announced that Carl Holbrooks and John Morris Brooks, along with their contractor Propst Construction of Concord, were building a new airport near Stanfield.

During January 1947, even though construction of the runway was not complete, the Stanfield Flying Service arranged and flew its first charter flight. The passengers, Hazel Little and Mrs. D.C. Brooks, were flown to Tampa.

A flying school was soon opened for veterans and the public. Some of the instructors were John Morris Brooks, Ritchie Tucker and Lee Connell.