“Once in a generation”: Oakboro community mourns the passing of local icon Ted Lilly 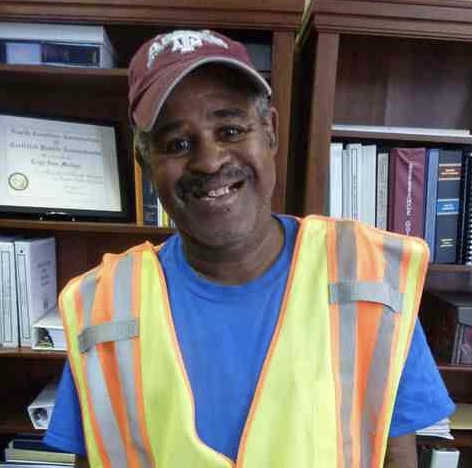 Every day like clockwork, Theodore “Ted” Roosevelt Lilly Jr. walked the streets of Oakboro, visiting businesses and talking to as many people as he could. He often donned his yellow safety jacket and always had a big smile on his face.

His outsized impact on the town of about 2,000 made his sudden death Tuesday afternoon so difficult for Oakboro residents to comprehend. The cause of his death is not known at this time. 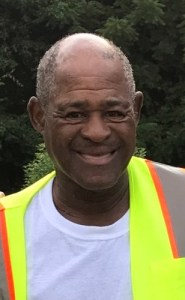 Lilly, 66, never had an agenda, nor was he ever looking for trouble; he simply wanted to say hello and bring joy to as many people as possible. He was a friend to all and never met a stranger.

Whether lifelong residents of the town or just passing through, almost everyone had some interaction with the so-called “Ambassador of Oakboro.” His popularity in the community was so great that a single mention of his first name and everyone knew who you meant.

“He just personified goodwill; he was a good guy,” said Police Chief T.J. Smith, one of Lilly’s good friends. “He didn’t see color, race, creed, socioeconomic class — he didn’t see any of that. He just loved and personified what we as people should be.”

Lilly would often participate in ride-alongs with Smith and was prominently featured in the town’s Fourth of July parade. Smith even got a magnet affixed to his police car with the words, “Ted Lilly, Town of Oakboro Ambassador.”

Even though he never consistently had an official full-time job, aside from a stint at Stanly Knitting Mills, Lilly still had a way of impacting people with his unbridled kindness.

“You could have the worst day on the planet and Ted could make you smile with just some simple kind words,” Smith said.

He always remembers the first time his friend told him he loved him.

“It just really worked me and melted my heart,” he recalls.

Smith encouraged people on social media to reach out to any Uwharrie Bank location to donate towards a fund that has been established to help defray some of the funeral costs for Lilly’s family.

A visitation will be from 1:30 p.m. to 2 p.m. Saturday at Oakboro Fairgrounds, with the funeral service immediately afterwards, according to Kelsey Funeral Home of Albemarle. Lilly will then be buried at Oakboro City Cemetery.

A man of routine

Each day for at least the past 30 years, Lilly, a lifelong Oakboro resident, had the same routine, according to his niece, Laveisha Rushing. He began his walks around 8:30 a.m. and first headed to the police station to hang out with Smith and the other officers, who often took him out for breakfast. He systemically visited every business in the town, including Variety Pick Up, Food Lion, Dollar General and Wayside Family Restaurant. If he happened to miss someone at a certain business, he would double back later in the day so he would not leave anyone out.

“He would go literally from every business in Oakboro,” said Rushing, who is from Oakboro but now lives in Albemarle. “He knew everybody and…that just kind of became his routine. Once he started, he never stopped.”

“He just wanted to talk to people and brighten up their day,” she added. “He loved everybody and was just this sweet, genuine person.”

Rushing said her uncle was so dedicated to his routes and meeting with people his family often had to hold him back whenever there was inclement weather, which would greatly upset him.

Food Lion store manager Tim Frick said Lilly would come in twice each day, once in the morning and once in the afternoon and would talk to each employee — even those that were in the break room. He never stayed long, but his impact was always felt by the employees.

“He really brightened the whole atmosphere in the store when he came in because he would just talk to everybody,” Frick said, adding that his loss is a “huge void” in the community.

He visited Oakboro Fire & Rescue and even took part in its training and meetings. He was regarded as an honorary member of the department, according to Fire Chief Rodney Eury. Whenever Lilly visited with Eury, aside from talking about sports, he always asked how his wife and two children were doing, which Eury appreciated.

“It didn’t matter who you were, or whether he knew you or not, he was going to speak to you,” Rodney said.

He added he felt Lilly was Oakboro’s “Radio,” referring to the 2003 movie about James Kennedy, a beloved high school sports supporter who was intellectually challenged. He was played in the movie by Academy Award winner Cuba Gooding Jr.

After a busy day of walking and talking, Lilly usually came home, where he lived with his sister, Vivian Little, at around 4 p.m. He went to bed at 5 p.m. before waking up at 5 a.m., Rushing said. Each morning, Lilly watched the news and inquired to his sister about the time, impatiently waiting for the moment he could hit the road once again.

He was committed to his walks even though Lilly battled numerous health ailments. He suffered from kidney failure and received dialysis at least three times a week. He also had diabetes. Though dialysis drained him of some of his energy, Rushing said, he still stuck to his routine.

His family believes it was Lilly’s dedication to meet with people each day that kept him going despite his health struggles.

“If he wasn’t able to go out and see his friends and make his rounds, he just really would have crashed sooner,” Rushing said.

Lilly continued to do what he loved literally until the very end. He had just completed his rounds on Tuesday and was heading home when he died, Rushing said.

Impact on the community

News of Lilly’s death spread like wildfire across social media after Smith wrote on Facebook Tuesday about his friend’s death. His post was shared numerous times and garnered more than 300 comments, with many sharing their own memories of Lilly and what he meant to the town.

For many people, the loss of Lilly is akin to the town losing part of its heart and soul. Many people said it will take some time to adjust to an Oakboro without Lilly patrolling the streets.

“He’s the kind of guy that comes along once in a generation,” said Oakboro Town Commissioner Bud Smith, who referred to him as “iconic.”

“Ted was out and about so often that he made countless opportunities and countless memories for so many people,” Smith added.

He said he’d never been on Main Street when he didn’t hear horns blowing or someone talking to Lilly.

“People just gravitated towards him.”

What stood out to Smith, who estimates he knew Lilly for at least 40 years, was his authentic nature; getting to know the people in his community was his calling and his career and he never wanted to shirk his duty and take the day off.

“God put him here on this earth for a special reason.”