PEEKING INTO THE PAST – Parker & Harris Garage 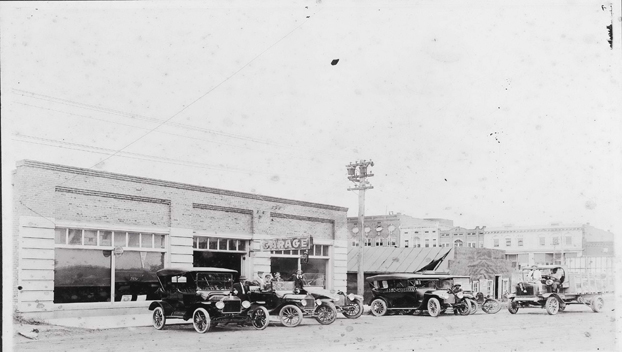 Parker & Harris Garage opened during February 1913 as a Ford dealership in the Denning-James building that was on South Second Street (present day courthouse).

By October of that year, they had moved to the Marks building on North Second Street (present-day City Hall).

In January 1914, Morrow Brothers and Heath hired local contractor Locke Moody to build a new garage that would be located on North First Street (see today’s photo), and Parker & Harris were their first tenants.

During 1915, the business became a Maxwell car dealership and, prior to 1919, they had become a Buick dealership.

By 1924 they had switched again and were now a Studebaker dealership. During November 1925, the Parker & Harris business was purchased by G.D. Troutman and H. J. Lipe, and the name was changed to Troutman Motor Sales. They sold both Studebaker and Nash lines of cars.

Unfortunately, the business closed the following year in December 1926, and everything was sold at auction. (This building was later restored by Albemarle Glass and is currently a portion of the Uwharrie Capital offices.)