PEEKING INTO THE PAST – Tate’s Drug Store 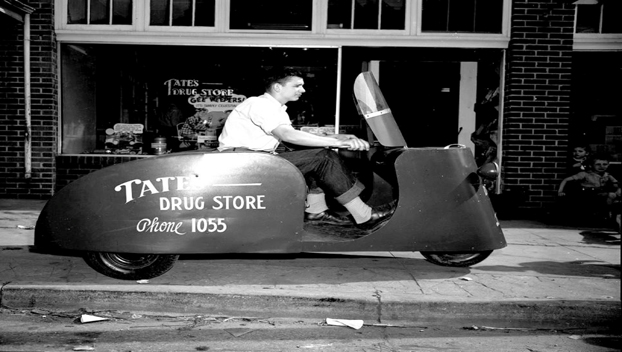 Tate's Drug Store operated in Albemarle during the late 1940s.

In July 1946, Donald Tate returned to Albemarle after having worked at a drug store in Charlotte. With partner Hatcher Kennedy, Tate opened Tate’s Drug Store on Montgomery Avenue in August.

In early 1950 the drug store was purchased by Kennedy, who had worked for Tate, and Thomas
G. Loftin. The name of the business was changed to K & L Drug Store.

During the early 1960s a second location, known as K & L Drug Store No. 2, opened on East Main Street near the bowling alley. This new store was originally managed by Ophelia Loftin.

(Thanks to John Williams for sharing today’s photo.)