In the Nov. 3, 1972 edition of the Stanly News and Press, an article profiled the eight full-time founding instructors at the newly-established Stanly Technical Institute.

After being authorized by the General Assembly, STI officially opened in December 1971, though classes didn’t begin until the next fall at the old South Albemarle High School, in what is now the E.E. Waddell Community Center.

The founding eight instructors at the time were all fairly young, with several around the same age or slightly older than many of their students. 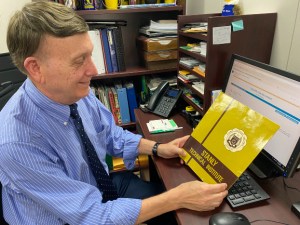 Dan Hazlett in his office reflects on his 50 years working at Stanly Community College.

Hazlett, who was 24 at the time, had relatively little teaching experience aside from a year as a high school English teacher in Virginia.

In the SNAP article, Hazlett said the “newness” of the college is what “pulled me here.” He then added: “It’s a challenge to know a school will become exactly what you and the other faculty members are willing to make it.”

While they didn’t know it at the time, Hazlett and his seven peers clearly built a robust foundation because, 50 years and a few name changes later, Stanly Community College is stronger than ever, providing an assortment of educational programs to some 10,000 students each year.

The college was recently ranked the second best community college and the top online college in the state, according to the 2022 Niche rankings.

A recent economic impact study revealed just how critical the college is to the county. From the 2018-2019 fiscal year, SCC added $70 million to the county’s economy, with alumni of the college generating almost $50 million in additional income to the county, he said. Additionally, the cumulative higher future earnings that SCC students will receive over their working careers is estimated at around $162 million.

“To those founding stakeholders, what you have sown is certainly providing a bountiful harvest for Stanly County, its students and the entire region,” SCC President Dr. John Enamait said during the 50th anniversary kickoff event in July.

Stanly Community College’s beginnings can be traced back to the late 1960s, when the county was struggling with a lack of quality vocational programs to offer to young people to help train them for the workforce.

Also during this time, veterans were arriving home from fighting in Vietnam, many of whom had not completed high school. This again underscored the need for more educational programs, including ones allowing people to obtain their GED. 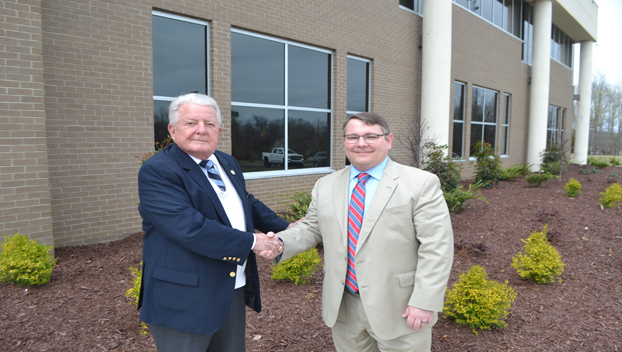 Richard Lane Brown III shakes hands with SCC President Dr. John Enamait during the college’s 50th Anniversary Kickoff Celebration in July. Brown was one of the keynote speakers during the ceremony.

Lane Brown III had begun pushing for an IEC in 1968 when he first ran for a seat in the General Assembly in Raleigh. Though he lost, he ran again and won in 1970, becoming the youngest member of the House at age 30.

Brown, who was a UNC Chapel Hill graduate, always had a good appreciation for the importance of education as his father had served as chairman of Albemarle City Schools for about 16 years. His father also helped to spearhead the building of Albemarle High School in the late 1950s.

“I would hear about schools and the need for good schools for a long time,” he said, noting his father helped to “germinate” the seed within Brown about the need for a institution of higher learning.

After much discussion, the idea soon evolved into raising support for the creation of an actual technical institute. The original plan was to get the college approved by the State Board of Education and chairman Dr. Dallas Herring. Even though Dr. Craig Phillips, the state superintendent of public instruction, had already given his blessing for the college, Herring was against it. His justification was that Stanly County was not part of the original statewide plan for community colleges.

At the time, there were more than 50 community colleges already established, including several in the Charlotte region, though a sizable void existed in the area around Stanly.

“We were the doughnut hole in the center of that circle that was not getting served by the system and we had to plug that hole,” Brown said.

Despite efforts to persuade him, Herring remained uncooperative.

“He was one of those absolutists,” Brown said. “If it’s not black or white, but it’s gray in between, he wouldn’t budge or fudge.”

There were also some people in the community that also pushed back, concerned that a college would raise property taxes.

After Herring’s refusal to support the college, Brown and Frank Patterson, the veteran state senator representing Stanly County, had to seek legislative authorization.

With the support of the county, Brown and Patterson introduced legislation in both the house and senate on April 7, 1971 to authorize Stanly Technical Institute. It would be under the control of the State Board of Education and its department of community colleges. The companion bills were designated as HB 619 and SB 390.

Once the legislation was introduced, the two representatives engaged in an aggressive lobbying effort to try and win support for the issue. Brown leaned upon the experience of Patterson, who was more than 20 years his senior and who served as Senate President Pro Tem.

“I’ve always given Frank great credit because in many respects, he helped write the legislative roadmap,” Brown said. “He knew who to reach out to in the state education bureaucracy to get help on numbers.”

Competing against many of their peers for limited state funds, the two legislators knew they faced an uphill climb in securing legislative approval. Many other established community colleges were also requesting additional appropriations to help account for increasing student growth.

After the bills received approval from both chambers’ education committees, they then went before the appropriation committees. Thanks to enough behind-the-scenes arm twisting and networking (Brown and Patterson had cultivated solid relationships with the chairmen of the House and Senate appropriations committees), they were able to find the needed money to fund STI and the bills were approved.

“Politics in that setting was not a game,” Brown said, “it was the serious business of developing relationships and these relationships would carry over from one piece of legislation to another.”

While both bills had garnered support among the required committees and were on the calendar to receive a final vote, HB 619 was quickly placed on hold by Speaker of the House Phil Godwin. Brown learned that the Lt. Gov. H. P. “Pat” Taylor, who was from Anson, had some “concerns” he wanted addressed.

Brown, who was completely caught off guard, recalled Taylor telling him, “I cannot let your Stanly Tech bill move forward unless Anson Tech can get some of your requested funding.”

Taylor specifically wanted funding to create a new campus either in Wadesboro or somewhere close by along U.S. 74, Brown said. For a freshman representative trying to shepherd through his first major bill, the encounter with Taylor was intimidating.

“I thought I had gone into the den of thieves,” Brown said about the situation.

Both Brown and Patterson believed any argument or debate would have been “fruitless” and so they agreed to Taylor’s request.

The amended house bill, which allocated $150,000 to Anson Tech, was adopted on July 15, 1971, four months after it was first introduced. The final amended appropriation for STI was $375,000. The Senate bill was approved a few days later.

“When I walked back from the Senate chamber to the House chamber that day, I felt that I had been through a legislative baptism in the dividing waters of the Rocky River,” Brown joked.

Brown called the tense episode a learning experience about the importance of compromise and it stayed with him throughout his career in Raleigh.

Brown was appointed to the original STI Board of Trustees and later reappointed for two more terms. Unfortunately, Patterson unexpectedly died July 31 of a massive stroke, a few days after the final passage. 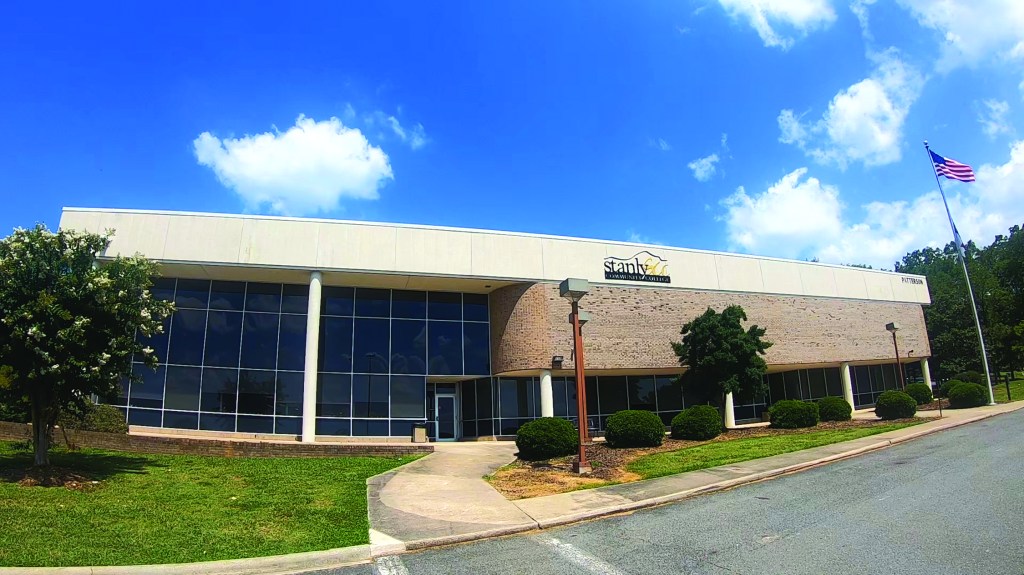 The Patterson Building was named after Frank Patterson, one of the driving forces behind the creation of the college.

Though Patterson never lived to see the dream of a community college become a reality, once the college moved to its current location on College Drive in the late 1970s, one of the initial buildings was named after him.

Brown, who visits the campus at least every six months, would go on to serve two additional terms in the House, where he introduced several other pieces of legislation. But none were quite like HB 619.

“Well as a matter of personal pride and satisfaction for doing something for Stanly County, this was the cream on the top,” he said about the bill.

Knowing that Stanly Community College has become such a valuable institution and a source of pride for so many generations over the past half a century, “it gives you a sense of satisfaction that the effort that you made 51 years ago was working,” he said.

This story originally appeared in the September issue of Stanly the magazine, available at the office of The Stanly News & Press and sites around Stanly County.