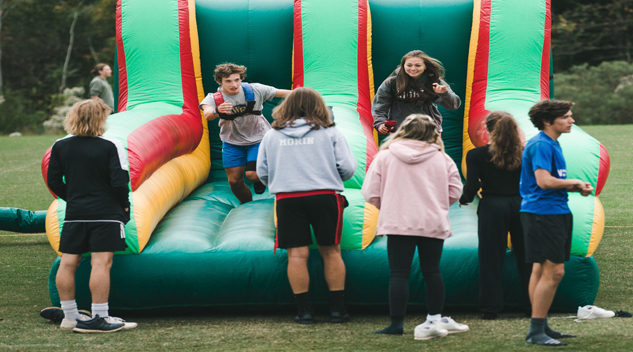 Gray Stone Day School had Knightfest on Friday with activities for both the middle school and the high school.

The event usually precedes the homecoming soccer game, but that event was canceled due to the weather.

The event was planned and executed by Melissa Eudy’s high school leadership class.

They worked to coordinate everything from working with vendors to finding student volunteers. One member of the class shared that she had no idea how much work went into making an event like this happen.

“It has been a wonderful learning experience,” said Eudy. “I hope the students will continue to use these organizational and management skills for the rest of their lives.”

Held on the soccer field at the school, several inflatables were set up along with booths sponsored by clubs from both the middle school and high school. A DJ provided music for the event. Food was available for purchase from food trucks as well as from the Lance, the parent organization for the school. The Lance also provided parent volunteers to help with the event.

“Having everything planned for one day and having to postpone to another was very stressful, but we did figure everything out,” Abby Morgan, a member of the leadership class, said. “Everyone had a good time and I am proud of how it turned out.”

The high school attended 4-6:30 p.m. and a closing ceremony concluded the event with the crowning of the king and queen. Voted on by the entire high school, Georgia Burleson was chosen as queen and Griffin Jones was chosen king. 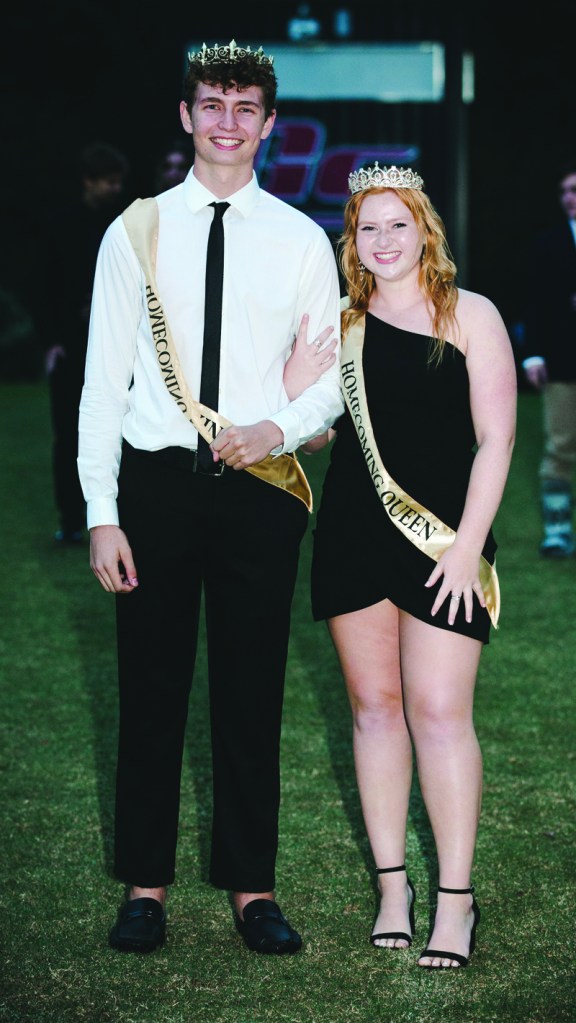 Gray Stone Day School is a college prep public charter school in Misenheimer. Enrollment is through a lottery system. The lottery this year will be January through February with the drawing on March 3, 2022.