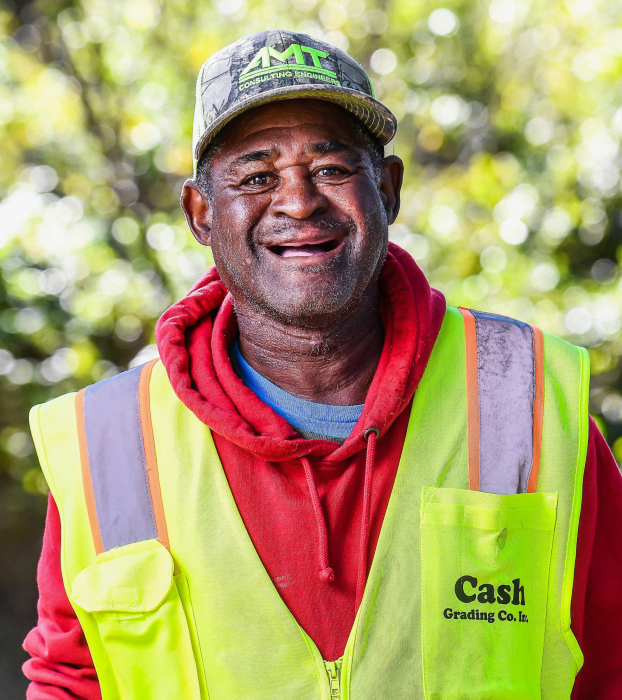 A campaign has been started to try and raise enough money to erect a statue honoring the late hometown hero Ted Lilly. Photo courtesy of T.J. Smith.

Several local groups are organizing a memorial ride in Oakboro to help raise funds to build a permanent memorial for Ted Lilly, the beloved town icon who unexpectedly died a few weeks ago.

A bike ride will be held at the Oakboro Fire Department on Saturday. Registration will be at 9 a.m., with the ride set to begin at 11 a.m. The cost is $20 per bike or vehicle, including one meal per person, and $10 for any additional riders or passengers. A 50/50 raffle will also be held.

The sponsors for the event include the fire department, the Oakboro Police Department, the Red Knights Chapter 24, Ain’t Rite Riders and Guardian Irregulars.

“Ted Lilly had a smile for everyone he met and a story to brighten your day,” a post about the event on the Red Knights’ Facebook page read. “We’d like to keep his memory going with a memorial for all to see when visiting his hometown.”

Oakboro Police Chief T.J. Smith, who has helped organize the ride, said the goal is to try and raise about $42,000. The money would go to the creation of a life-size bronze statue of Lilly, created by artist and Oakboro native John Davis, who currently resides in Fort Worth, Texas.

Statues usually cost about twice as much, Smith said, but Davis, who grew up with Lilly, said he was honored to create a memorial for him and offered to cut the cost in half.

For Davis, creating a monument would be a way of giving back to his hometown community and would help honor Lilly, “because he was important to so many people,” he said, noting the last time he was in Oakboro in June, he saw Lilly walking his usual rounds.

He envisions creating a statue showing Lilly in a walking motion with his hand extended outwards, symbolizing his passion for traveling throughout the town interacting with people.

“I don’t think standing in a static position would look as good or fitting for Ted who was always moving and smiling and talking,” Davis said.

Smith said the idea for a statue has not yet been brought before town council so it is still in the early planning stages. There are still several hurdles that need to be met, namely how the community will be able to raise the significant amount.

“Can we raise $42,000 and then if we do raise that money, will the town allow us to put it somewhere such as the memorial park?” Smith said.

Lilly’s sister Vivian Little, who he lived with in Oakboro and plans to take part in the bike ride, said the possibility of a statute would be a fitting tribute to her brother.

“I think it would be great because there will never be another Ted. He loved everybody,” Little said. “I would be honored and really touched by it.”

Aside from money that will be raised through the bike ride, a special fund was established at all Uwharrie Bank locations shortly after Lilly died on Oct. 19, and at least $4,500 has already been raised, Smith said.

In addition to using the money for the statue, Little said she also wants to erect a picture of Lilly on his tombstone at Oakboro City Cemetery, so people can be reminded of his smiling face as they pass by.

The idea to create a permanent memorial for Lilly did not necessarily originate with one person but rather was the result of many people throughout the community expressing a desire to honor a man who touched so many people’s lives.

“It was basically a lot of folks from the town speaking up on social media and I would get phone calls,” Smith said. “A lot of people felt like if anybody deserves a statute of themselves it should be Ted.”

Lilly also recently received attention in Washington, D.C. when U.S. Rep. Richard Hudson recognized Lilly’s impact during a speech before the House of Representatives on Oct. 22.

“Madam Speaker,” Hudson said, referring to Speaker of the House Nancy Pelosi, “I rise today to honor the life and legacy of Mr. Theodore ‘Ted’ Roosevelt Lilly, Jr. A beloved member of our community, Mr. Lilly’s life was marked by unwavering commitment to spreading kindness and goodwill in the town of Oakboro, North Carolina.”

The short transcript of Hudson’s speech is framed and hangs inside the waiting room of the Police Department along with a picture of Lilly smiling and wearing his trademark yellow safety vest. 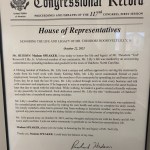 A transcript of U.S. Rep. Richard Hudson’s comments on the House floor about the passing of Ted Lilly. Photo courtesy of T.J. Smith. 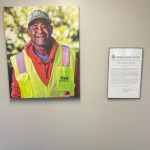 The Oakboro Police waiting room now includes a picture of Ted Lilly along with the transcript of a speech given by U.S. Rep. Richard Hudson about the passing of Lilly. Photo courtesy of T.J. Smith.